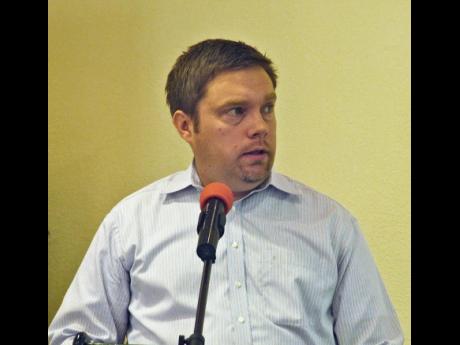 Jamaica has reportedly signalled its intent to propose an alternate use of the funds that were allocated for component one of its Adaptation Fund (AF) project, which, up to last year, was subject to public scrutiny amid opposition from Negril hoteliers.

"The Adaptation Fund Board Secretariat has been notified by the Planning Institute of Jamaica (PIOJ) that they are in the process of redesigning the project, with the idea of essentially replacing the original component one with another set of activities. Such redesign would require approval by the Adaptation Fund Board," said Mikko Ollikainen, in response to emailed queries from The Gleaner.

The PIOJ is the designated national implementing entity for the project.

"If a project revision is submitted to the board, it would include a budget revision, which would, in turn, describe how the funds originally targeted for component one will be reallocated within the project," Ollikainen added.

The news comes just over a year after deputy director general of sustainable development and social planning at the Planning Institute of Jamaica, Claire Bernard, told The Gleaner they would "explore the options.

"We have officially advised [the AF Board] that we are seeking to explore the options with them. We don't know what will happen," she said in July last year.

Cabinet had earlier opted to terminate that component of the project, valued at some US$5.5 million of the US$9.2 million approved by the AF Board for the entire effort and which was designed to boost the climate resilience of the Negril coastline.

The decision came in the wake of a number of failed attempts by the PIOJ to reach consensus with the local hoteliers over the planned installation of breakwaters and a report from the Office of the Public Defender, which was critical of the public consultation process for that component of the work.

Meanwhile, information from the AF Board Secretariat is that the other two components of the project - dubbed 'Enhancing the climate resilience of the agricultural sector by improving water and land management' (US$2.5 million) and 'Improving institutional and local level capacity for coastal and agricultural adaptation and awareness-raising for behaviour modification' (US$785,500) - are progressing and have registered important gains.

"Component two of the project as well as the portion of component three targeted for agricultural adaptation have been highly successful and have been lauded by the agriculture ministry as a 'game changer' for its targeted technical support, land husbandry, water harvesting, disaster risk reduction training and smart agriculture interventions for more than 2,500 climate-vulnerable farmers and their families, who are breaking the cycle of poverty through the use of these new techniques and community empowerment," Ollikainen reported.

"Through the fund's national implementing entity, the project has increased environmental and climate-change awareness, built institutional and local capacity for climate-change adaptation, protected livelihoods and improved food security to bring about more climate-resilient communities," he added.

Results to date reportedly include 7,500 tonnes of crops reaped from

At least one other country has successfully had its project revision approved, as reflected in decision B.27/25 of the AF board.

The decision, made in favour of the Maldives, reads: "Having considered the comments and recommendation of the Project and Programme Review Committee, the Adaptation Fund Board decided to approve revised project document for the project 'Increasing climate resilience through an integrated water resource management programme in HA. Ihavandhoo, ADh. Mahibadhoo and GDh. Gadhdhoo Island", as requested by the United Nations Development Programme, including the budget changes made in that document."

Ollikainen did make it clear, however, that "project revisions are considered by the Adaptation Fund Board on a case-by-case basis".