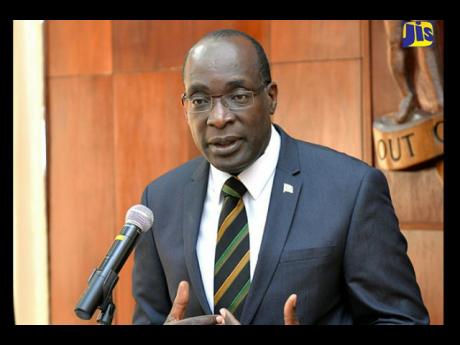 Speaking at a Press Conference which was held at the ministry's offices in downtown Kingston, Reid reported a 2.5 percentage point increase in CSEC Mathematics examinations.

"We are quite encouraged by this movement and it's very consistent with the movement we saw also in GSAT (Grade Six Achievement Test)," Reid said.

He also said there were improvements in five other subjects, but English Language recorded a 0.4 percentage point decline.

According to Reid, 67 per cent of students from public schools who sat the CSEC obtained passes at grades 1-3.

Reporting on the CAPE results, Reid said there was 3.2 per cent overall improvement in the 2017 exams.

In the meantime, Reid said for the most part, all should be in place for the start of the new academic year.

He highlighted, however, that 172 schools have been identified for a critical maintenance at a cost of $554.3 million.

Log on to: http://results.cxc.org/cxc-results-form/ and enter the required information.