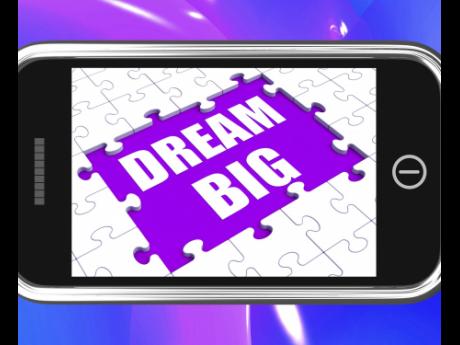 We have been talking about reclaiming our dreams, and if we want to begin to pursue our dreams again, this final segment outlines the process for making it a reality.

Before, we said that a dream can be an idea, a vision, a goal, or an ambition which can be the influence of God on our hearts and minds to get things done. Knowing that our ambitions are from God is just phase one [i]. Phase two involves making the decision to reclaim those dreams, and in phase three, we should expect to experience delays. In the final three phases, we will face difficulties, dead ends, and finally deliverance.

In phase four of God's faith-building programme, we will face difficulty in two typical ways - we will encounter problems with circumstances and problems with critics.

When Moses led the Jews out of Egypt into the desert, he encountered problems with circumstances right away - there was a lack of water and food for the massive group of people under his care. That's when problems with critics began to arise. The Jews accused Moses of trying to kill them and questioned his leadership abilities.

When we face difficulties, the key is to remember that God is maturing us: "...When troubles of any kind come your way, consider it an opportunity for great joy. For you know that when your faith is tested, your endurance has a chance to grow. So let it grow, for when your endurance is fully developed, you will be perfect and complete, needing nothing." James 1:2-4 NLT

When Joseph was delayed in Potiphar's house, life got worse for him because he was falsely accused of rape by Potiphar's wife. What would have happened if he had given up during this difficulty?

But God builds us through difficulty. Some of the things you are going to accomplish are so enormous that you need to be mature for it to not destroy you. Use difficult experiences to strengthen you for the next phase.

This is where things can deteriorate from difficult to downright impossible. But when things seem hopeless, and we don't see any way out, we know that we are in good company. For even the great apostle Paul experienced dead ends. "... At that time we were completely overwhelmed. The burden was more than we could bear...that we might learn to trust, not in ourselves, but in God who can raise the dead." 2 Corinthians 1:8-9 PHILLIPS.

The key point is that the whole process is about moving our trust from ourselves to trust in God. If God can raise people from the dead, He can do anything! He can raise a dead marriage. He can resurrect a dead career. He can revive a dead relationship. He can restore a dead dream.

It's natural to start doubting when we reach a dead end. We may ask, 'What's going on God, did I miss Your will? Did I misinterpret Your plan? Is this just something I thought up on my own?'

When Moses led the Jews out of Egypt, they made it as far as the Red Sea. But the next day Pharaoh changed his mind and came after them. With the Red Sea in front of them and mountains on both sides, they were trapped. The Jews started doubting, but they were exactly where God wanted them to be.

And that's true for us. When we are at a dead end in our walk of faith, we are exactly where God wants us to be. He allows the dead end for a purpose. So, what's our best response to a dead end? 1 Corinthians 1:10 says: "He has delivered us and will deliver us again."

In the end, God always comes through and delivers His people. He either does a miracle or provides some kind of solution.

In Moses' case, God split the Red Sea so the Jews could walk through on dry land. For Noah, a boat floated in the desert. God gave Abraham a child when his body was as good as dead and his wife's womb was dead. God came through.

God loves to turn dead ends into deliverance because He gets the credit. He is glorified. There are some situations that we know, there is no other explanation except by God's intervention that we are able to move forward.

Our best response to a dead end is to expect God to act. "Do not be afraid for I am your God. Do not be discouraged for I am with you. I will strengthen you. I will help you. I will hold you up with my victorious right hand." Isaiah 41:10 NLT

Had you given up on your dreams? Did you quit because of delays, difficulties or dead ends? Don't be afraid to jump back in and dream again. Trust in God and allow him to mature you and give life to your vision. Invite God to be a part of your plans to make your dream a reality, so that you can say, 'Yes, I can dream again'!

[i] These phases are from a model by Pastor Rick Warren of Saddleback Church, USA.