Millions converge across US to see sun go dark 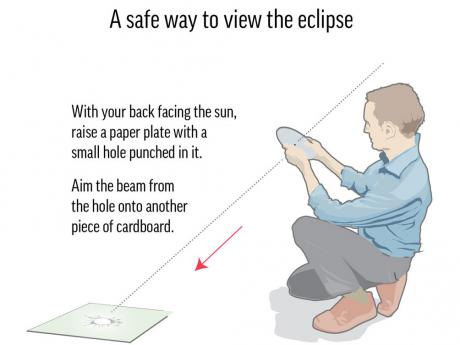 AP -
Millions of Americans have converged on a narrow corridor stretching from Oregon to South Carolina to watch the moon blot out the midday sun today for a wondrous couple of minutes in the first total solar eclipse to sweep coast to coast in 99 years.

Veteran eclipse watchers warned the uninitiated to get ready to be blown away.

Planetariums and museums posted "Sold out of eclipse glasses" on their front doors.

With 200 million people within a day's drive of the path of totality, towns and parks braced for monumental crowds.

It's expected to be the most observed, most studied and most photographed eclipse ever.

Not to mention the most festive, what with all the parties.

In Salem, Oregon, a field outside the state fairgrounds was transformed into a campground in advance of an eclipse-watching party for 8,500.

"It's one of those 'check the box' kind of things in life," said Hilary O'Hollaren, who drove 30 miles from Portland with her two teenagers and a tent, plus a couple friends.

The Earth, moon and sun line up perfectly every one to three years, briefly turning day into night for a sliver of the planet. But these sights normally are in no man's land, like the vast Pacific or the poles. This will be the first eclipse of the social media era to pass through such a heavily populated area.

That was the country's last coast-to-coast total eclipse.