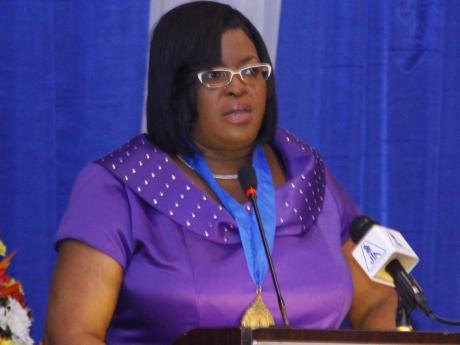 Waugh Richards ... disappointed with the progress of wage negotiations.

Newly installed president of the Jamaica Teachers Association (JTA), Georgia Waugh Richards, says she is disappointed with the progress of wage negotiations with the government and is urging a speedy settlement.

Her remarks coincide with reports that some government-run schools could be without their full contingent of teachers for the 2017-18 academic year, as some educators have been leaving to pursue more lucrative options overseas.

In the meantime, the new JTA president is imploring the government to initiate research to determine the real cost of educating a child.

Some school administrators have been complaining that funding allocation from the Education Ministry is inadequate to meet their operational expenses.

They say the issue has worsened with the government's decision to abolish school fees in public schools, as well as, the implementation of a no-auxiliary fee policy.

The ministry has also set a cap on contributions that parents can be asked to make to schools.