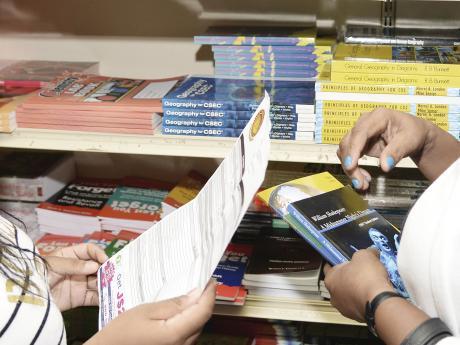 The Consumer Affairs Commission points to inflation and depreciation of the Jamaican dollar as factors which influenced the increases.

The Consumer Affairs Commission (CAC) is reporting an average 6 per cent increase in textbook prices this year.

In a release issued Tuesday afternoon, the CAC indicated price and availability data on 133 popular textbooks obtained from 95 retailers.

The CAC points to inflation and depreciation of the Jamaican dollar as factors which influenced the increases.

It also notes that the cost of texts could have been impacted by revisions in content, changes in the materials used during production, location of the outlets and availability.