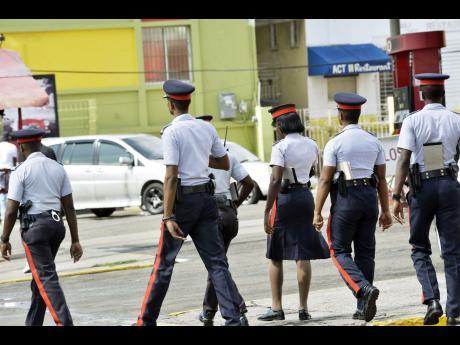 Under section 70 of the Constabulary Act, federated members cannot meet as a group without the consent of the Police Commissioner.

The Opposition has come out against amendments to the Jamaica Constabulary Force Act which allows cops to be imprisoned for failing to give adequate notice before resigning from the Force.

Sub-officers and constables are now required to give six months notice of intention to resign or face a possible fine of $250,000 or three months in prison.

Meanwhile, under section 70 of the Act, federated members cannot meet as a group without the consent of the Police Commissioner.

The Jamaica Police Federation, which represents rank and file members of the Jamaica Constabulary Force, has objected to the law and has said it plans to challenge it in court.

In a statement, the Opposition says the decision to amend the constabulary act is ill-advised.

It further says it’s disappointed that there was no proper consultation with the federation.

According to the Opposition, the move has significantly added to the level of demotivation among police personnel arguing that it is unfair for the government to hold hostage cops who wish to leave the employment of the JCF.

It says doing this may affect the crime fighting efforts of the police and the wider security of the country.