UPDATED: Audley Shaw named Finance Minister of the Year for the Caribbean 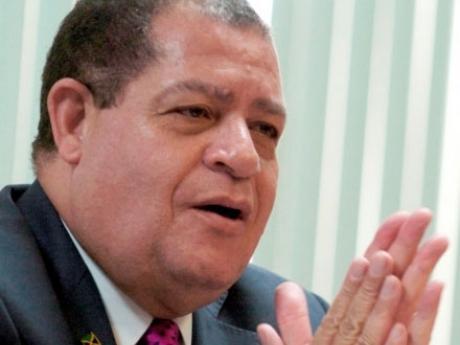 Shaw ... has accepted the award on behalf of Prime Minister Andrew Holness, the Government and people of Jamaica.

JIS -
GlobalMarkets newspaper has named Jamaica's Audley Shaw as the Finance Minister of the Year for the Caribbean.

Managing Editor of the publication, Toby Fildes, says Shaw has an impressive roster of economic reforms that was started by the previous Administration, which demonstrates Jamaica’s political stability.

"You have kept a tight hand on government spending – fiscal surplus is very high – which will help whittle down government debt," Fildes said in a letter to Shaw, dated August 24.

He further said Jamaica has been cited as a stand-out performer on its fiscal targets and the new Government is now targeting faster growth.

"These measures are paying off. The Minister recently approached the market with a liability management exercise. In addition, the country’s ratings have been on the up since 2014, with Moody’s lifting the country to B3 in November," he said.

Shaw has accepted the award on behalf of Prime Minister Andrew Holness, the Government and people of Jamaica.

At that time, the newspaper’s editorial committee cited Wynter’s stewardship during difficult times in the international financial markets, acknowledging him as a “well respected figure, who has been stable and solid amid change of Government”.

(EDITOR'S NOTE: A previous version of this article incorrectly stated that GlobalMarkets was a publication of the IMF and the World Bank.)