'God rewards those who diligently seek Him' 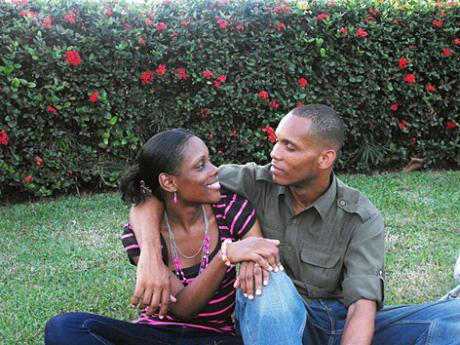 "But without faith it is impossible to please Him, for he who comes to God must believe that he is and that He is a rewarder of those who diligently seek Him."

There was a time in Pastor Elon Talmie's life when he could not provide for family.

It was the year 2005 and things were at the hardest for the Talmies, who recently celebrated 15 years of marriage.

"My first child was six months old, she had stopped taking breast and was being bottle fed. During the summer of that year, we had no money whatsoever. We could not afford cornmeal or sugar to make porridge for her. I remember we found bananas and canes on the property where we lived. We blended the canes and juiced them, then we blended the green bananas and boiled them together, but the canes were fresh so it made little difference. We had to add extra salt to give it a better taste," Pastor Talmie said, noting that the baby fed off this mixture for quite a while.

The co-founder and director of Kabowd (Hebrew for Glory) Ministries told Family and Religion that he and his wife searched through pockets of their clothes and rearranged their furniture, turning the settees upside down on numerous occasions, all in the search for coins that they may have misplaced.

This continued for a while until God sent help that would immediately change their circumstances.

Tired and overwhelmed by the struggles, Pastor Talmie went to God in tears, telling Him he could not stand to see the suffering that his wife and child were enduring.

"One day, I got a call from a fellow minister. He told me to think about the word 'Kingdom' and hung up the phone. He called back a few days after and invited me to minister at a conference on the topic 'Thy Kingdom Come', he said, adding that his friend had to give them bus fare to reach the conference.

Talmie said he was the second preacher for the day, and when he was done teaching, the house pastor stepped in.

According to him: "He told the congregation that some time ago, God had instructed him that whenever someone came to minister, he should instruct the people to bless them, but every time someone came, he would ask God if he should begin, and God would tell him 'Not yet'. Up to the very morning after the first speaker finished, he asked God and the reply was the same. He said when I finished ministering, he did not have to ask God. He heard His voice clearly saying, "Start with this one."

Reminiscing on that day, the now 36-year-old minister and father of three told Family and Religion that people began emptying their handbags, taking off their jewelry, signing over cheques and presenting cash from various currencies to him.

"Just like that, with one word from God, we went from having absolutely nothing to being able to clear off every bill, stocking up on everything we needed and even blessing others," Pastor Talmie said, adding that his life is a testimony that God truly is a rewarder of them that diligently seek Him.