Joseph Milwood : From Rastafarianism, to atheism to Christianity 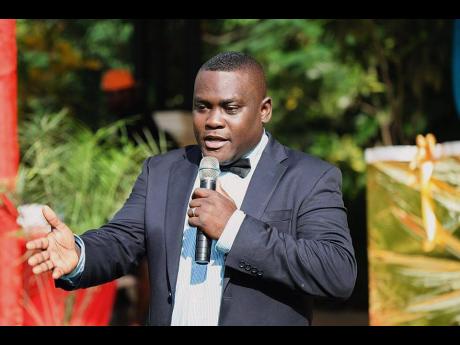 From Rastafarianism and atheism to the pulpit ministering about the goodness of God, Joseph Millwood's story is one of redemption and purpose, which serves to inspire anyone who may believe they are beyond the point of salvation.

Millwood, who was appointed in May of this year as pastor of the Church of God of Prophecy in St Andrew, told Family and Religion that though he knew there was a calling to ministry on his life, it was still a surprise to him when his bishop and other head ministers approached him about the appointment.

"I knew it would perhaps happen one day, but it's not something I was looking for right now, but I said, 'Lord, I am available and if and whenever You call me, I will be ready and willing'," he said.

Millwood explained that his completion of numerous leadership development courses and current studies for a diploma in theology were decisions made back then to improve himself as a Christian and not necessarily to prepare him for ministry.

"I wasn't studying to be a pastor. I remember when I just got saved, I began reflecting on reasons why I had backslidden in the first place. I wanted more of God, more of His word in me because I made up my mind that this time was real; I was in it for the long run, in it forever. The scripture states that the people perish because of lack of knowledge, so I was on a quest to become rooted and grounded," he said, adding that when the official call came, he already had the prerequisites for the position.

The Reverend Edwin Grant, one of the pastors who aided in Millwood's transition, told Family and Religion that he recognised a leader in the young man even from the moment he came to Christ.

According to him: "I remember going to him and saying: 'You're not a pebble, you are rock', and referenced the story of Jesus and Peter, where He said, 'Upon this rock I will build My church.' I am very confident in his ability to lead the Church as he is a very humble, patient and willing young man, who is always eager to impart knowledge or to listen to the young people. He is someone you can communicate with and that is what the church needs."