Anthony Clayton | The threat from terrorism in the Caribbean 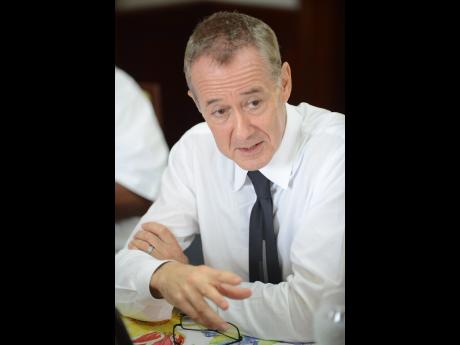 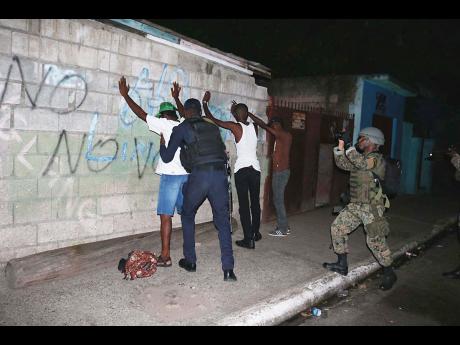 Any country with high levels of violence, large numbers of disaffected, unemployed youth and a narrative of oppression and grievance is now seen by IS as prime recruiting ground. 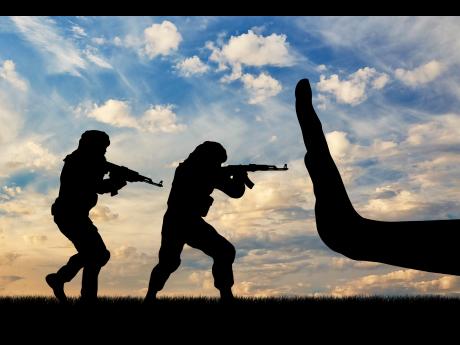 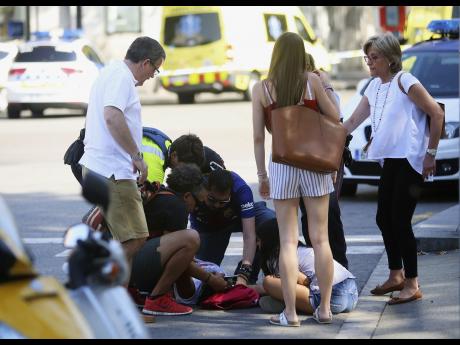 Oriol Duran
An injured person is treated in Barcelona, Spain, on August 17 after a white van jumped the sidewalk in the historic Las Ramblas tourist district, crashing into a summer crowd of residents and tourists and injuring several people.
1
2
3
4

This will soon leave Islamic State without a state, in an apparent victory over the most malignant terrorist organisation of our time. Sadly, the ending of IS's attempt to create a modern caliphate does not mean that the problem of terrorism will now diminish. It is more likely to get worse for a number of reasons.

1. First, the forces opposing IS are, in some cases, almost equally opposed to each other (Turkey, for example, is fighting both IS and Peshmerga troops) and are now competing to establish their own areas of influence in Syria.

This could result in the effective dismembering of Syria and will leave the deeply disaffected Sunnis, who formed the core of the support for IS, scattered across the ruins of their devastated land and more embittered than ever.

No one can afford the cost of reconstruction (the estimate for rebuilding Iraq is over US$100 billion, and it could be much higher for Syria), so people will live in squalor and misery for many years to come. Turkey will continue to fight to prevent Kurdish autonomy; Iran will extend its reach far across the region, which Saudi Arabia will try to prevent at almost any cost; Russia will demand loyalty from the al-Assad government in Syria; and IS commanders are leaving sleeper cells behind to sabotage all attempts at progress.

So the end of the current phase of the ground war in Syria will leave an extraordinarily complex conflict between Sunni and Shia, the minority Assad regime (with Russian support) and a range of internal factions, the Turks and the Kurds, and the Iranians and the Saudis. This struggle is likely to spread far beyond the region, drawing in both state and non-state actors in a war that now appears to be unstoppable.

2. Second, the threat from terrorism is increasingly fluid and complex. Terrorism usually has some ideological or religious rationale, but it is also driven by a number of deep and almost intractable problems, including the conflict between the Sunni and Shia faiths, the US invasion of Iraq and the disbanding of the Iraqi army, Saudi Arabia's support for Wahhabi Sunni imams, the complex, multisided and cross-border war with its current epicentre in Syria, and a large number of local conflicts and grievances, many of which found common cause and expression through IS.

None of these problems are likely to be resolved in the foreseeable future, and many of them are metastasising, moving into new territories (especially ungovernable provinces and weak states) and evolving into new forms (such as cyberspace), which means that the associated terrorism is likely to persist for decades to come.

3. Third, to make the situation even worse, part of the Middle East and North Africa (the region includes 22 countries with nearly 400 million inhabitants) could gradually become uninhabitable as a result of climate change. The availability of fresh water in the region has fallen by two-thirds over the past 40 years to just one-tenth of the world average, and it is expected to fall a further 50 per cent by 2050.

Rising temperatures and water shortages will force migration, which is likely to result in a further surge of terrorist activity, fuelled by rage at the destruction of entire nations.

4. Fourth, the threat is increasingly difficult to pattern or predict because the enemy is no longer a single entity. IS, for example, is simultaneously an organisation, a self-proclaimed state, the core of a network of affiliated organisations and sympathetic individuals, a religious and political belief system, and a malignant ideology that is being disseminated around the world on a multiplicity of media and social channels.

The deadliest mass shooting in United States history, the killing of 49 people at a gay nightclub in Orlando, Florida, on June 12, 2016, was by a man who appears to have been motivated largely by his own psychological turmoil, but he pledged allegiance to IS shortly before carrying out the attack. As this suggests, many disturbed individuals now identify with the uncompromising cruelty and destructiveness of IS, which gives IS ready access to willing recruits.

5. Fifth, IS is prepared to fight a long war. They see themselves as actors in a conflict that started 1,400 years ago, so the loss of their remaining territory in Iraq and Syria would only be a temporary setback. They are already prepared to revert to operating as a regional insurgency and international terrorist network, focusing on small-group and lone-wolf attacks in 'hostile' nations, organised mainly through personal connections, prisons and gang networks, and social media.

In the Philippines, for example, criminal clans such as Maute and Abu Sayyaf, based in the island of Mindanao, have affiliated themselves to IS. They probably don't have a genuine connection to IS, but claiming that they did helped them to terrorise the population to the point where 400,000 people fled. As this shows, IS is now like a franchise that local criminals can use to greatly extend their power and influence.

These developments create serious risks for Caribbean nations. Today, gangs serve as a 'force multiplier' for terrorism. They are a source of recruits, weapons, and local knowledge. IS operatives are particularly skilled at recruiting gang members and disaffected youth, usually via social media.

The typical IS recruit today is a male between 18 and 29 years old, but some have been as young as 15. These recruits are usually motivated by excitement, power, and a sense of belonging. Very few are pious. IS gives them a message of glamour, violence, and comradeship. They offer a compelling vision to those who find life difficult and confusing, to those who do not feel that they have the life that they want, to those that feel that they are not given the 'respect' they deserve, and to those who feel that they want to be more than a loser or low-level gang member.

The IS method is essentially the same as that used by every totalitarian movement - to set life's petty miseries in a grand historical context, to blame another group for these problems, and to extol the use of violence against that group. In this way, disaffected youth can feel that they are part of a great movement to reclaim their rightful place in the world. So any country with high levels of violence, large numbers of disaffected, unemployed youth, and a narrative of oppression and grievance is now seen by IS as prime recruiting ground.

Several countries in the Caribbean appear particularly vulnerable, including Trinidad and Tobago, which has already suffered one attempted coup by jihadists, and Jamaica, which has nearly 300 violent gangs and many disadvantaged young men.

Recent terrorist incidents have involved small numbers, typically from one to ten individuals, who can inflict serious harm in a single or coordinated set of attacks, so a single point of contact in any Caribbean island could be the nucleus of a devastating terrorist incident.

A number of recent attacks have focused specifically on tourist and leisure areas in Egypt, Bali, Kenya, France, Tunisia, the United Kingdom, and a number of other countries.

In spite of this, a survey of the tourism industry in Jamaica found that senior operatives in the industry did not think that Jamaica was at risk of terrorism because "we're not quarrelling with anyone".

If, however, the intended targets are tourists, the Caribbean might be chosen as the scene of the attack, rather than the primary target. Tourism is by far the largest employer in the Caribbean, so any terrorist incident that damages confidence in the tourism industry would have immediate and widespread consequences for the region.

The best protection is to increase the resilience and preparedness of the Caribbean nations. The most important step is to resolve the social and economic problems that create pools of disaffected youth that can then be recruited by criminal or terrorist networks. A combination of better-targeted policing and social interventions will be required; the normalisation and reintegration of the high-crime, gang-dominated communities and informal settlements will require a transition to intelligence-led proximity and community policing supported by both social and private investment. This must be accompanied by steps to end the political culture of corruption and patronage, so that people can trust their governments, and by reforms to dysfunctional legal systems so that the people can have faith in law, order, and justice.

This combination of measures represents the best way to 'inoculate' a population against the spread of virulent and malignant ideologies.