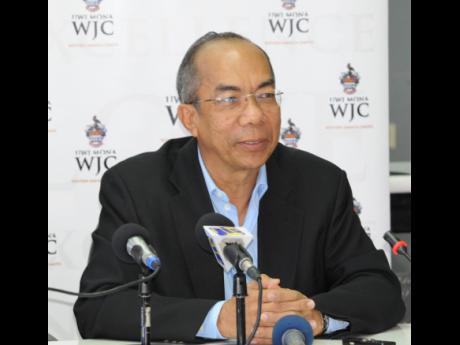 Minister without Portfolio in the Ministry of Economic Growth and Job Creation, Dr Horace Chang, said education and training are key to Jamaica's attainment of sustainable growth.

He argues that while the Government will "do all that is required" to spur greater economic growth, this will not be optimally realised "unless we (continue to) educate and train our people"

Delivering the keynote address at an awards ceremony hosted by the University of the West Indies (UWI) Western Campus in Montego Bay, St James, on Thursday, Chang said he was encouraged by the growing number of students pursuing tertiary education.

Noting that there was no substitute for a good education, the minister said he was particularly impressed that a significant number of students from communities deemed marginalised in north west St James, for which he is the member of parliament, were embarking on this endeavour. He presented several of them with bursaries during the ceremony.

Chang said the bursaries, funded through provisions from his Constituency Development Fund, were intended to assist students "who have done well and need some assistance to move on to tertiary institutions".

He said the assistance was extended because "I know how challenging it can be, because of economic (constraints and other factors) to get a college education".

The minister said he was convinced that if given the opportunities, "students from these communities can rise to the occasion and (play) their part in making (Jamaica) a better nation."

For his part, Jason Bowen, a native of St James and past beneficiary of the bursary assistance programme, expressed gratitude for the intervention which, he said, helped him to complete his medical studies at the UWI.

"I have to give thanks, because I really don't know what would have happened had I not gotten this level of assistance. All I can say to students is, it doesn't matter where you are from or what your circumstances are, you can do it," he stated.