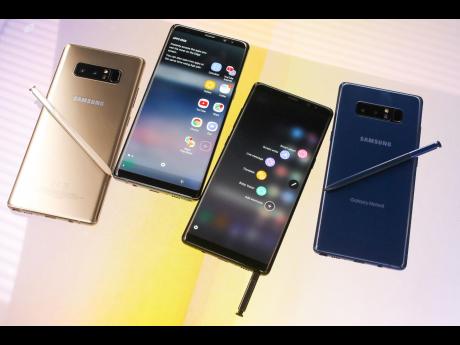 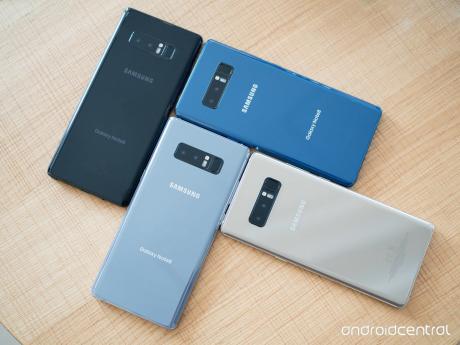 Samsung wants to give customers another reason to love the Note.

And yes, Samsung says that this year's version will not blow up. Beyond putting the device through its own eight-point safety check process, the company is also partnering with UL, an independent safety science company, to ensure all its batteries are safe.

With that said, the Note 8 is beautifully designed, comes with the now standard premium Galaxy features, such as water resistance, and throws in some new ones, such as two rear cameras.

But whereas past Note devices heralded futuristic ideas not otherwise common in the smartphone marketplace - from larger phablet displays and curved screens to iris and facial scanning - the Note 8 seems to be a slight refinement on what has worked for Samsung in the past with the S8 line.

What you need to know

The phone's sharp 6.3-inch Super AMOLED Quad HD edge-to-edge display looks vivid and crisp, an improved S-Pen stylus offers greater pressure sensitivity while a new set of dual, optical image-stabilized 12-megapixel rear cameras allow for sharper pictures and greater close-ups (including a souped-up portrait mode that will allow you to control how blurred you want background subjects to appear, even after you take the picture).

The Note 8 keeps the regular 3.5mm headphone jack so you're not tied to only using Bluetooth headphones.

Support for Samsung's Gear VR virtual reality system is also here, though you will need to buy a new headset designed for the Note 8 to take advantage of this feature (the Galaxy S8's headset will not work with the Note 8).

The company has made four colors for the Note 8 - black, blue, gold and gray - but only the black (called 'Midnight Black') and gray (or 'Orchid Gray') will be available for those in the US.

All told, the Note 8 is a nicer, sharper and slightly bigger version of the company's 6.2-inch Galaxy S8+ that was released earlier this year.

This becomes clear after spending a few minutes with the device. The screen looks great, apps open quickly and pouring water on to the phone did nothing to hamper its abilities.

The rear cameras took fine looking shots in the closed, well-lit demo area I tested it in, though it was hard to truly try out the new dual lens system in that environment. An 8-megapixel auto focus camera sits on the front for selfies.

Bringing back the Note brand after a $5.3 billion recall over burning batteries is a gambit that relies on the strength of Samsung's brand. Launches of S8 and S8+ worked wonders in restoring its name as a premium seller after the Note 7 debacle.

"We've had some stumbles. And a year ago was very clear on that," says Tim Baxter, president of Samsung Electronics America, when referring to the Note 7 recalls that plagued the company late last year.

"Our view of it is we've learned from it, we've applied those learnings to our new products and we dusted ourselves off," Baxter says. "The best testament of dusting ourselves off was the launch of the Galaxy S8."