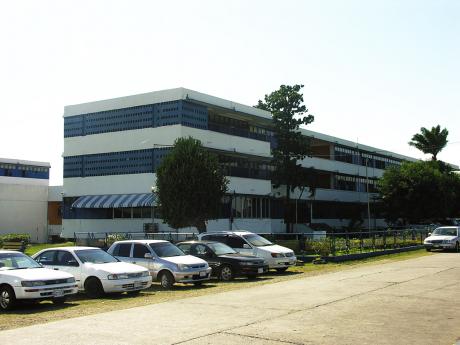 The Jose Marti Past Students' Association is calling on the Ministry of Education to engage in proper dialogue with the group about the proposed construction of a Christel House on prime lands adjacent the school, which was earmarked for a multipurpose auditorium for stakeholders there.

They also want the ministry to have dialogue with the school community, including the parent-teacher association, about the project.

The Jose Marti Past Students' Association said it was their understanding that the ministry sent a letter to the school some time in June, stating that it would be building a Christel House on the piece of land at Twickenham Park, St Catherine, and that the school should not object to that being done.

However, the school's principal, Dr Austin Wright, during a board meeting, said that there was no consultation done with any member of the school to ascertain if the land could be used for the purpose for which the ministry proposed.

President of the Past Students' Association, Beverley Malcolm, said that at the board meeting at which she was present, "everyone objected to the land being utilised for this purpose".

They also asked the chair of the school board, Sandra Sawyers-Watson, to write to the Ministry of Education informing it that they are "not, in essence, objecting to them building their Christel House, but not at that particular spot, which the school has earmarked for a project that was to be launched in this, the school's 40th anniversary".

Malcolm added that there were other available lands which the school has that can accommodate the Christel House and was not in such close proximity to the school.

She said that was communicated to the Ministry of Education, through the board chair, following the meeting.

Who did the ministry talk to about Christel House?

The Jose Marti Past Students' Association wants to know who the Ministry of Education spoke with at the school in relation to building a Christel House on the property.

It also wants to know what model of the Christel House is being adopted for the Jamaican landscape, whether members of the community were sensitised about it, and whether it's a duplication of what already exist in the various children homes across the island.

"At this time, we would like to hear from the MOE (Ministry of Education) and for them to engage in proper dialogue with the school community, including the past students' association and the parent-teacher association on this proposed development," the association said.

The Ministry of Education promised to respond to Gleaner queries on the matter, but has not yet done so.

A July report out of Indianapolis in the United States said the Government of Jamaica and Christel House entered into a memorandum of understanding for the development of a new learning centre on the island.

The report said that at its own expense, Christel House will construct a facility which will serve approximately 840 students from the severely impoverished area.

It quoted Minister of Education Ruel Reid as saying that the proposed development would be a significant addition to the many safe-housing facilities available for children under the Government's care.

The report said Christel House Jamaica plans to begin operations no later than August 2019. The school will be built in phases, with the first phase to accommodate children in grades K-2 or kindergarten.