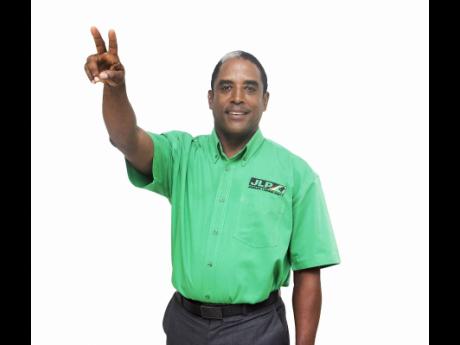 Having suffered the agony of being declared the winner on election day and then losing the seat by five votes in the magisterial recount, Dr Norman Dunn is determined to make no mistakes this time around whenever voters in South East St Mary are summoned to the polls.

Dunn, in his first foray into representational politics on a Jamaica Labour Party (JLP) ticket in 2016, never accepted the loss to the People's National Party's (PNP) Dr Winston Green and had filed an election petition.

But the sudden death of Green, some two weeks ago, has given him another chance at the prize and Dunn is confident that the seat, which was JLP territory from 1967 to 1989, will return to the green column whenever the votes are counted.

"I am absolutely confident that the Jamaica Labour Party will have the seat after the election," Dunn told The Gleaner during a recent interview.

"The PNP has held the seat for 23 of the past 27 years and you can't name one institution that has been built over that period. The people of South East St Mary are tired of this politics of mediocrity and what I can say is that the PNP time done now.

Born in Annotto Bay and having spent his formative years there before moving to Dinthill Technical for his secondary education, Dunn, a pharmacist, has deeps roots in the South East St Mary constituency which, he said, he has not left since the general election.

"I came into the political process in the constituency very late in the lead-up to the 2016 general election and although I am known there, it was difficult to get the political machinery running as I would have wanted, but now with the Jamaica Labour Party (JLP) showing the people what it can do and with the leadership of Andrew Holness, we are ready for victory," said Dunn.

"The JLP showed that teamwork and the strength of the party took us home in 2016, and I am sure that the teamwork will be evident in this election," added Dunn.

With the People's National Party (PNP) reportedly assigning a high-powered team to support its expected candidate Dr Shane Alexis in the South East St Mary constituency, Norman Dunn said the JLP is confident that it has the personnel to counter anything that the Comrades can throw at it, but its campaigning will not begin until after the funeral of the former member of parliment (MP).

"It has hurt me a lot and I find it indecent that they have announced a candidate before Dr Green, our MP, is given the due respect of a proper send off. It is a most disgraceful situation for them to announce a candidate before all the respect be given to someone who worked and gave his time to be a political representative, and it does not matter to me which side.

'Everyone knows that Dr Green and I had high regards for each other, probably because we are professionals. We had a healthy, healthy rivalry, but there was never any disrespect, and the people of the constituency took their cue from us," added Dunn.

He told our news team that he intends to show a similar level of respect to the candidate that the PNP puts up to face him, but unlike Green, that candidate will not be sitting in Parliament after the votes are counted.