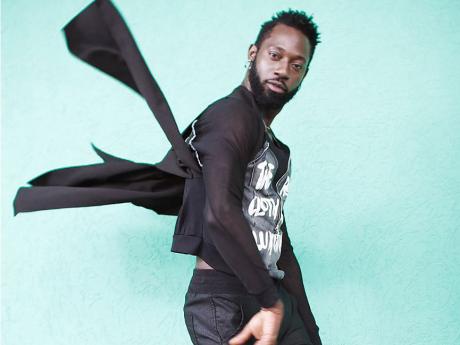 Dexter Pottinger's body with multiple wounds was found in his bedroom upstairs.

A police inspector at the scene of the murder of fashion designer Dexter Pottinger, says there was a significant amount of blood inside the two-storey Yarico Place, St Andrew house where the  body was found Thursday evening.

He said Pottinger's body, which had multiple wounds, was found face down in his bedroom upstairs.

However, Campbell could not say what caused the injuries.

He said those details would be available after scene-of-crime personnel completed their examination.

But the inspector said the body had started to decompose.

Campbell also declined to say whether the police have been receiving information that could help in their probe.

However, one woman said a neighbour reported hearing cries for "help" and "murder" around 4 o'clock Wednesday morning and, some time later, a car drove away from Pottinger's house.

The woman said, the neighbour reported that she did not raise an alarm because she was unsure of what was happening.

As news of Pottinger's murder spread, scores of people gathered near his house Thursday evening.

One man who rushed to the house had to be restrained by the police as he tried to go inside.

Although a uniformed police inspector at the entrance to the house told him he could not enter the crime scene, the man attempted to force his way past.

"You cannot go in there! This is a crime scene!" the inspector shouted, before the man was restrained by other people who had also gathered.

Pottinger's death has been met with shock and outrage.