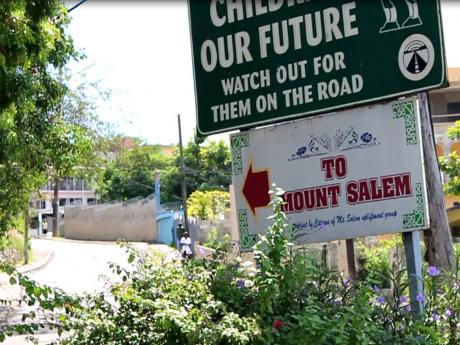 At least 20 people have been detained as the security forces take control of Mount Salem in St James, which was today declared the first zone of special operations.

The special zone was announced by Prime Minister Andrew Holness this morning with Head of Operations in the Jamaica Constabulary Force (JCF) Deputy Commissioner of Police, Clifford Blake, stating that the security measure is aimed at dismantling the 12 gangs in the area.

Hundreds of police personnel and soldiers have since blanketed the community.

JCF Communication Officer, Superintendent Stephanie Lindsay, says several check points have been set up in the community and a command structure is in place.

Superintendent Lindsay also says the detainees are being processed.

According to her, while residents are apprehensive, in general, they have so far been positive towards the security forces.

She says residents have been reassured that the special zone is to ensure their safety.

Meanwhile, Civil Military Cooperation and Media Affairs Officer at the Jamaica Defence Force, Major Basil Jarrett, says the main mission right now is to get the community under control.

Jarrett further says the security forces are seeking to limit, manage and control entry points as well as conduct searches.

He says phase one of the mission is to clear the area of criminals.