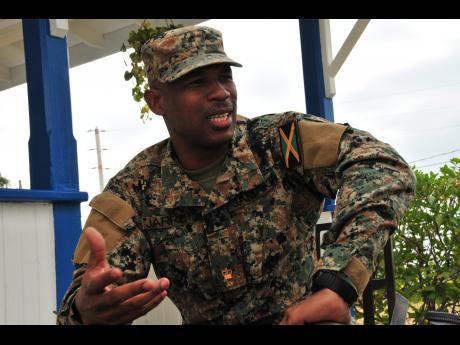 A total of 40 persons have been detained by the security forces in Mount Salem, St James since the community was declared the first zone of special operation by Prime Minister Andrew Holness.

However, Communications Officer for the Zones of Special Operations, Major Basil Jarrett says a number of them were quickly released following consultation with a Justice of the Peace.

Major Jarrett says one man, who was wanted by the police, has been arrested while the others were being processed up to late this afternoon.

The Zones of Special Operations is the signature crime-fighting initiative implemented by the government to stem the escalation of murders and other violent crimes across the island.

Since the start of the year, Jamaica has recorded more than 1,010 murders, 24 per cent more than for the corresponding period last year.

The police say 54 murders have been committed in Mount Salem since the start of the year, 16 of which occurred in the Crawford Street area.