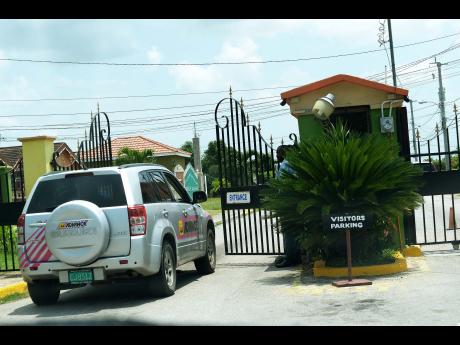 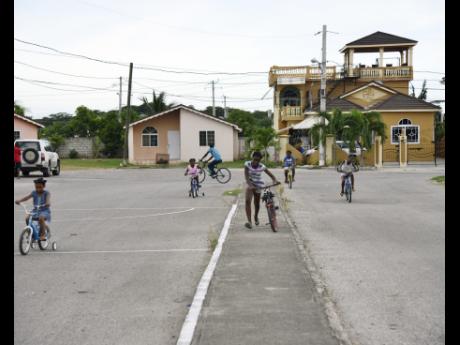 Ian Allen
Children at play inside Phase One of the New Harbour Village community in St Catherine.
1
2

Plagued by criminals, many believed to be from neighbouring communities, residents of New Harbour Village near old Harbour in St Catherine are looking inwards to ensure their safety.

In recent weeks, licensed firearm holders, including members of the police force who live in the community, have started to do daily patrols as they try to prevent a repeat of a recent home invasion which left a would-be robber dead and a house owner nursing gunshot wounds.

The middle-income community, the first phase of which was completed in 2007, has 845 two-bedroom starter houses with space for expansion.

Many of the householders have improved on their properties, but the tranquillity they expect to enjoy is being disturbed by criminals, including some who have allegedly been invited into the area by their cronies.

President of the New Harbour Village Citizens' Association, Detective Sergeant Noel Bryan, last week charged that "some unwelcome characters are inviting their friends to bring their dirty behaviour here, but we are having none of it".

According to Bryan, the community is home to more than 100 serving members of the Jamaica Constabulary Force who are prepared to help protect the neighbourhood in their off-duty hours.

"We are very serious about keeping the community safe. We had to institute security measures such as presentation of photo-identification to the guards at the gate and community patrols using bicycles with officers here, and other licensed firearm holders," said Bryan.

He pointed to a section of the perimeter fence around the scheme, which he said was cut by persons wanting to enter the community undetected.

Now it has burgeoned into home invasions, two with tragic endings, including one three weeks ago.

In that instance, a gunman forced his way into a house in the scheme by cutting the metal grill. The house owner, a licensed firearm holder, confronted the gunman and a shoot-out ensued.

Both men were shot and neighbours who rushed to the scene took the house owner to hospital, while the gunman, who was of a Kingston address, was pronounced dead on the spot.

Now the residents are convinced that the attempted robbery was set up by persons with intimate knowledge of the community.

"The population is heavily stacked with working professionals. But some of the properties are also rented, some to Chinese nationals who operate businesses near the area.

"In other instances, homeowners are overseas and relatives from across Kingston and St Catherine occupy the houses. Many have moved in with their dirty habits," said Bryan.

He said the citizens' association is now considering other measures to increase the safety of residents, including armed mobile patrol, but these have not been implemented because of the failure of some persons to pay the $1,000 monthly maintenance fee.

According to Bryan, the maintenance fee is used for the bushing of the five green areas in the community and the security of its residents.

"Keeping our community safe is not just my responsibility nor that of the citizens' association, we all have a part to play," declared Bryan, as he urged his neighbours to be vigilant and watch out for "undesirables".