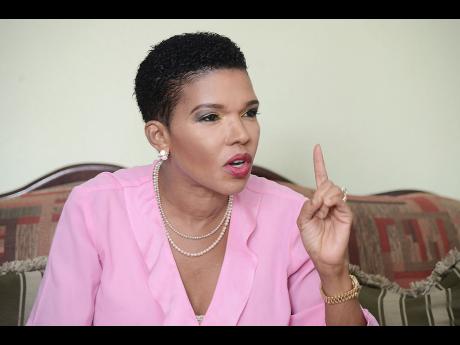 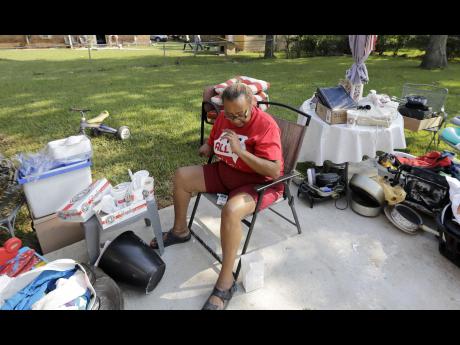 AP
Kelly Boutte yesterday sat outside with belongings from her house damaged by floodwaters from Hurricane Harvey.
1
2

There are indications that the number of Jamaicans affected by Hurricane Harvey, which devastated sections of Houston, Texas, just over one week ago, will be more than initially assumed.

It is estimated that upwards of 60,000 Jamaicans live in and work in Harris County, which includes Houston and other suburbs. Late last week, reports surfaced that several have been made homeless (with over 156,000 homes affected) and are staying with relatives and in shelters awaiting assistance to get on with their lives.

"I've been in Houston for 32 years and I've never seen anything like this," added Fullerton.

He said there was no official count of the number of Jamaicans affected by the floodwaters as the counting is still being done. But as reports from areas on the outskirts of Houston come in, the number could increase sharply.

"Everybody is focusing on Houston but there are a lot of Jamaicans who work in other counties, and those places are also flooded," said Fullerton.

"There is no running water in Jefferson County and those people are not even able to communicate with us to let us know," added Fullerton, as he pointed to Beaumont County as another area where Jamaicans are affected.

"We know they are under water and they have no (drinking) water because the water plants are not working. It is really a bad situation in those areas as well.

"They need cash. Like in any form of natural disaster the best form of assistance is cash," said Fullerton. The more immediate needs include clothing, food, and items for children to return to school."

He said he has been working with a group of lawyers who have been assisting Jamaicans to secure compensation from insurance companies for damaged properties.

One Jamaican who spoke with our news centre, Andrew, said water entered the lower floor of his house, forcing him to camp out at home with his two young sons, while his wife, a nurse, spent more than 72 hours at work.

According to Andrew, his insurance company has indicated that his policy does not cover flood damage to the house and he has applied for assistance from FEMA (Federal Emergency Management Agency) which offers flood mitigation damages through grant programmes.

"They came with food and water. There was one Jamaican woman in the group, but I did not know her, and they cleaned up everything. The carpet had to be discarded and the drywalls had to be taken down to prevent moulding, but I am all right," said Andrew.

Sections of Texas have been under water since Hurricane Harvey crashed into the US coastline just over one week ago, dumping unprecedented rainfall, as much as 52 inches in some areas.

Since then, local officials have been trying to determine the number of Jamaicans affected.

Last Thursday, Audrey Marks, Jamaica's ambassador to the United States in Washington, DC, commended the outpouring of support from Jamaican-based organisations in Texas, such as the Jamaican Association of Houston, which she said has been working tirelessly in the area.

"I am truly heartened by the overwhelming offer of support received from other members of our diaspora across the United States. This includes feedback concerning available shelters and efforts under way to collect and distribute relief supplies to those impacted," said Marks.