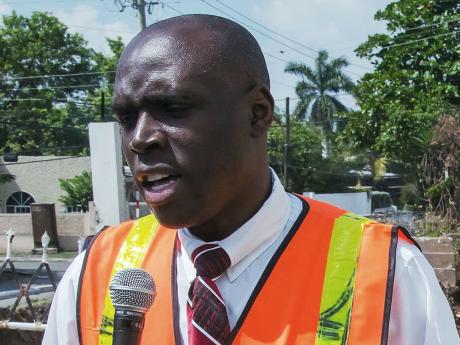 Shaw says the works, which are still in the preliminary stages, are expected to be completed by October.

The National Works Agency (NWA) says Marlie Drive, located off the Gutters to Free Town main road in Old Harbour, St Catherine, is currently being rehabilitated under a $36 million contract.

Communication Manager at the NWA, Stephen Shaw, says that the project, which began on August 23, involves the pavement of approximately one kilometre of roadway, the installation of sidewalks, drainage improvement and the cleaning of existing side drains.

Shaw says the works, which are still in the preliminary stages, are expected to be completed by October.

He says that it is expected that on completion the improved service road and adjoining roads will facilitate the Jamaica Urban Transit Company (JUTC) bus service from Kingston to Old Harbour and on to May Pen.

The NWA is advising the motoring public to obey the command of flag persons and posted signs, as sections of the roadway will be reduced to single lane traffic as it becomes necessary during the period of works.