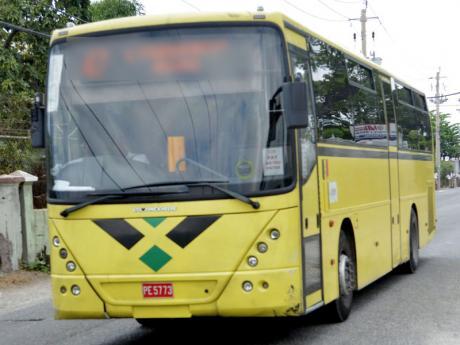 The Jamaica Urban Transit Company (JUTC) is still being plagued by frequent attacks on its buses.

Abrahams said three stones were thrown into the windshield and side and rear windows of one of the company's buses.

He says the attack appeared to be coordinated.

Abrahams reasons that it's not possible for one person to throw three stones to hit three different places.

Sign up for The Gleaner’s morning and evening newsletters.
Managing director of the Jamaica Urban Transit Company, Paul Abrahams

Abrahams says it will cost the cash-strapped state-owned company as much as $1 million to replace the damaged windows of the bus.

Last month, three JUTC buses were stoned by unscrupulous persons; two of the incidents happened in Bull Bay and the other one in Spanish Town, St Catherine.

There have been more than 60 attacks on JUTC buses this year.

Last year there were 78 such incidents.

The JUTC head says the Police High Command has promised to assist by providing patrols of troubled areas.