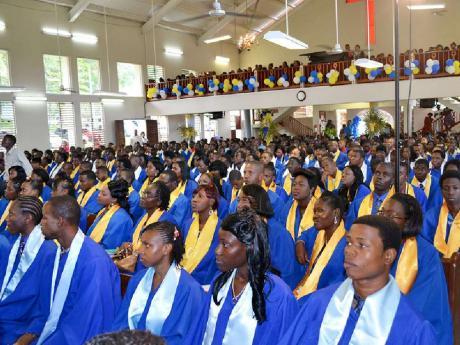 In this file photo females sit among hundreds of graduates at a HEART Trust/NTA annual regional certification ceremony at the Jamaica Conference Centre.

STATIN says the number of women employed since April this year has grown by 25,000.

This number is more than double the 10,700 recorded for men over the same period.

According to STATIN’s labour force survey for April, the number of women employed up to April this year is 534,400.

STATIN also reports that male unemployment fell by zero point one per cent to 9.5 per cent or 70,600 persons, while youth employment declined by 3.1 per cent to 28.9 per cent.

The institute notes that the overall labour force increased by 17,100 persons to over 1.3 million as at April.