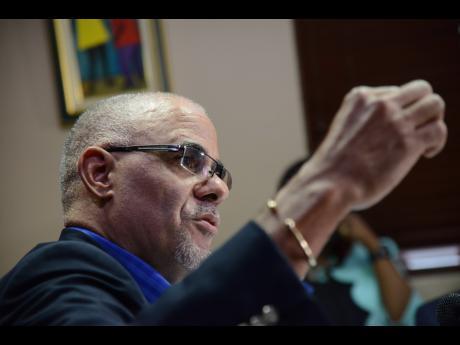 The Economic Programme Oversight Committee (EPOC) is encouraging the government to keep capital expenditure in line with the budget for the remainder of fiscal year 2017/2018, given its importance as a main driver of economic growth.

Expenditure for the first four months of the fiscal year, April to July, was $6.9 billion or 3.8 per cent below budget.

Co-chairman of EPOC, Keith Duncan, says recurrent expenditure accounted for $6 billion of that amount, while capital expenditure was $800 million below budget.

Duncan argues that there will be a multiplier effect through the economy if the investment in capital spending is made in a timely manner.

Duncan also told an EPOC press briefing that revenues and grants of $166.2 billion for the first four months of fiscal year 2017/18 exceeded the target of $160.3 billion.

Duncan says an IMF team is now in Jamaica conducting the June review, which is the second under the precautionary standby agreement.

He says based on the available information, the EPOC is comfortable that this review should be successful.