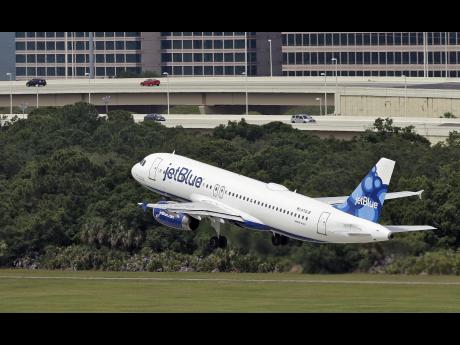 AP
In this May 15, 2014, file photo, a JetBlue Airways Airbus A320-232 takes off from the Tampa International Airport in Tampa, Florida.

Airlines are adding flights out of Florida after people snapped up seats to escape Hurricane Irma.

American, United and Delta all said yesterday that they were adding flights leaving from South Florida in the next couple of days.

Some airlines capped their fares amid reports of price-gouging. Hotel rooms in northern Florida were reportedly booking up quickly, and some gas stations were running out of fuel.

American Airlines said it added 16 flights from Miami to Dallas, New York and Philadelphia - a total of 3,600 seats.

The airline said it would shut down after today in Miami, Fort Lauderdale, Fort Myers and West Palm Beach and on Saturday afternoon in Orlando and cancel flights for the rest of the weekend.

A JetBlue spokesman said flights leaving Florida through next Wednesday were sold out.

United was sold out through today and added six flights, according to a spokesman. United expected to cancel most flights to and from southern Florida from Saturday through Monday.

Delta said it was adding flights and would use larger planes to add more than 2,000 seats for passengers in Irma's path in Florida - including Miami, Fort Lauderdale and Orlando - and the Bahamas and the Dominican Republic.

Southwest Airlines said it would cancel all flights in Fort Lauderdale, Fort Myers and West Palm Beach from this evening though Sunday, and suspend Orlando flights on Saturday afternoon. The airline extended cancellations in Puerto Rico and the Dominican Republic through today and scrubbed flights in Cuba and the Bahamas Friday and Saturday.

Before selling out, JetBlue had capped fares on Florida flights at $99 to $159 each way. American capped prices at $99 in economy and $199 for premium one-way through September 17, a spokesman said.

Some passengers have gone on social media this week to accuse airlines of exorbitant price hikes ahead of the storm.

Steve MacQueen, who manages a performing-arts centre in Burlington, Vermont, said he was shocked to pay $1,725 to fly his 87-year-old mother from Fort Myers to Charlotte, North Carolina under two hours - yesterday.