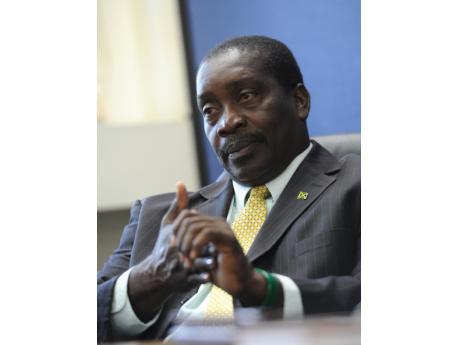 The Opposition, People’s National Party (PNP), is warning National Security Minister Robert Montague of overreaching, after he took the Police Service Commission to task over its failure to promptly promote scores of police personnel.

In a statement released to the media yesterday, the PNP said it fully supports the need for immediate attention to all the factors affecting police morale and operations.

However, it is warning the Minister of National Security, that ministerial overreach and public disrespect of the JCF Act and the police leadership cannot be tolerated.

Montague called on the Police Service Commission, headed by Professor Gordon Shirley, to promote, who he called deserving policemen and women, while adding that money is available in the budget to facilitate the new pay packages, should they come on stream.

According to Montague, there are 64 vacancies available for officers to be promoted by the Police Services Commission and a total 385 vacancies at various levels of the force.

The Minister’s call came amidst the long-standing issue of widespread discontentment among members of the JCF concerning promotions.

However, the PNP is reminding the Minister that the law specifically restricts his role in policy and prohibits him from interfering in operational matters which are the sole purview of the Commissioner of Police.

The party says it therefore considers the Minister’s statement on promotions to be out of order in both tone and content.