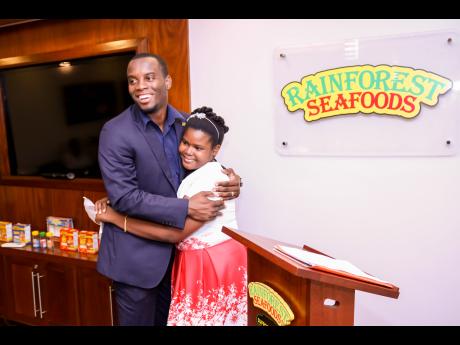 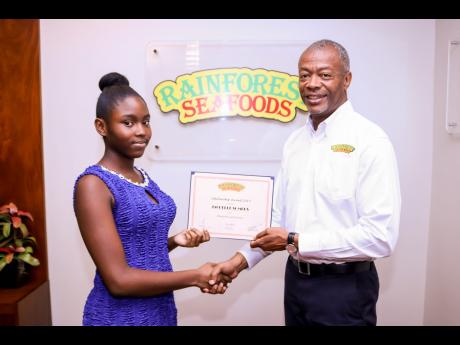 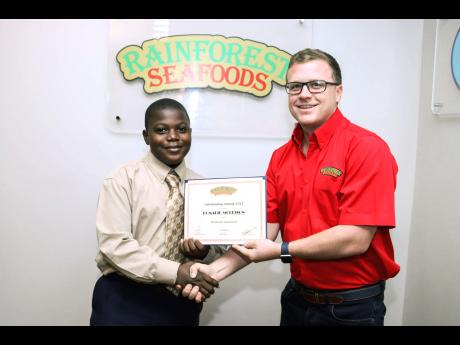 The awardees, who were hosted by Rainforest's executive team at the company's Kingston offices, included six students studying at the tertiary level, seven secondary students and four students who had performed exceptionally on the Grade Six Achievement Test.

Scholarship awardees had to achieve an average of 75 per cent or a 3.0 grade point average in order to be eligible for the programme.

In addition to these scholarships, the company also disbursed 38 book grants to children of team members to assist with back-to-school expenses. The seafood company awarded a total of $1.5 million in scholarships and books grants.

The highlight of the event was a rousing speech by guest speaker and e-learning entrepreneur Ricardo Allen, who motivated the students with his inspirational journey from humble beginnings in rural Trelawny to becoming a Rhodes Scholar nominee and a Fulbright scholar.

Rainforest's general manager, Jerome Miles, also offered hearty congratulations to the awardees and their parents, and reaffirmed the company's continued commitment to investing in educational initiatives.