CDEMA steps up relief to regional countries ravaged by Irma 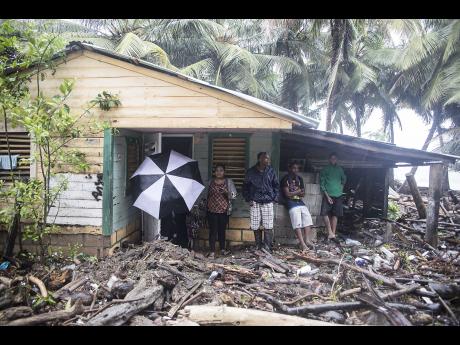 AP
A home is surrounded by debris brought in by Hurricane Irma in Nagua, Dominican Republic.

The Caribbean Disaster Emergency Management Agency (CDEMA) says it has intensified relief efforts to eastern Caribbean countries devastated by Hurricane Irma now that Hurricane Jose is out of the area.

The CDEMA says its advance team  is operating out of its staging post in Antigua, which was largely unaffected by the hurricanes.

CDEMA’s Rapid Assessment team, from its staging post in Jamaica, was scheduled to arrive in the Turks and Caicos Islands today.

The relief agency says it has also been in contact with Haiti which has also suffered damage during the passage of Hurricane Irma.

CDEMA says the latest information from the Governor of the British Virgin Islands indicates that five people have been confirmed dead.

Barbuda, Anguilla and Haiti each suffered one fatality. Eleven deaths have also been reported in the French territories of St Barthelemy and St Martin, as well as the Dutch territory of Sint Maarten.