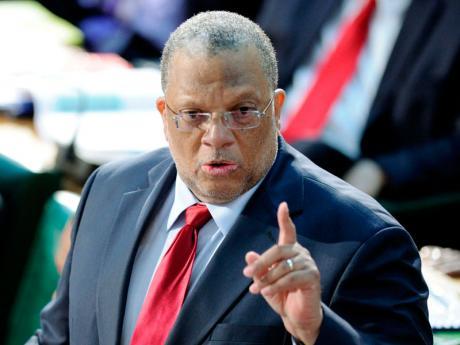 Phillips ... since September 1, some 54 murders have been committed.

Opposition Leader, Dr Peter Phillips is charging that Jamaica’s murder rate has gone up since the implementation of the first zone of special operations (ZOSO) on September 1.

Phillips told the House of Representatives that with the resources concentrated in Mount Salem, where he feels they are not needed, criminals are operating more freely in other areas.

He said since September 1, some 54 murders have been committed.

According to Phillips, since the ZOSO declaration, the average number of murders per day is 5.5  up from 4.4.

Phillips said it was clear that the zone of special operations was not helping to reduce Jamaica's murder rate.

However, Prime Minister Andrew Holness responded, saying one zone was not expected to make a huge impact and that others would soon be declared in addition to other measures.

The zone, which was announced by Prime Minister Holness almost two weeks ago, has been heavily criticised.

The bashing intensified last week after it was revealed that the police provided flawed statistics that were used to justify naming the St James community as the first special zone.

The police had indicated that 54 murders were recorded in Mount Salem.

But this was vehemently disputed by residents and local political representatives.

The National Security Council last week admitted that it gave the wrong murder figure and the Jamaica Constabulary Force later revealed that its review of murder statistics for Mount Salem found that only seven homicides had taken place in the community and not the 54 it originally reported.