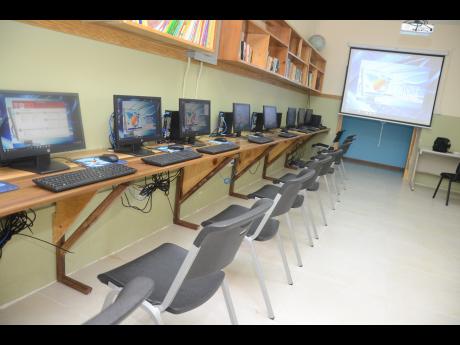 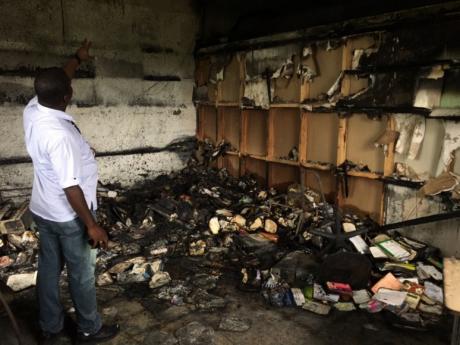 The SOS Children’s Village in Stony Hill, St Andrew, suffered a huge setback on October 25, 2016 when its International Game Technology (IGT)-sponsored After School Advantage (ASA) Programme computer lab was destroyed by a major electrical fire in the computer room.

The IGT Jamaica team, led by general manager Debbie Green came to the rescue, re-opening the ASA computer lab on Wednesday, August 30, 2017, in time for the start of the new school year. The newly constructed facility was retrofitted with nine computers, a projector and a screen.

For Green, the reopening of the programme also represents the company’s continued belief in and commitment to the children’s development.

“We were very happy to assist the SOS Children’s Village move beyond this adversity. The fire was an unfortunate setback for them, but in less than a year we were able to set the children back on track. It was very important to us that their learning and development programme was not significantly delayed,” Green said.

The ASA programme seeks to bridge the digital divide for children (ages five to 18 years), who may be at a disadvantage because they are unable to access computers. The ASA programme provides non-profit organisations and public schools with digital resource centres, each specially designed to fit the recipient’s needs.

Overcome with emotion, village director Marcia Brown expressed gratitude for IGT’s continued partnership with the SOS Children’s Village.  She remarked that the night of the fire was terrible - one that she would never forget.

The homes of the SOS Children’s Village in Stony Hill sit in a garden setting among green hills in the quiet community a few miles from Kingston. Local residents are very supportive of the children, Brown noted: “They look out for them.”

There are 99 children living in the village, ages six to 23 years. Some of the residents stay on a little longer until they find homes, while attending local tertiary institutions such as the Caribbean Maritime Institute, Shortwood Teachers’ College and the University of Technology. Sixty-four boys and 34 girls are housed in the smartly painted houses.