No sanctions expected over closure of airspace – JCAA 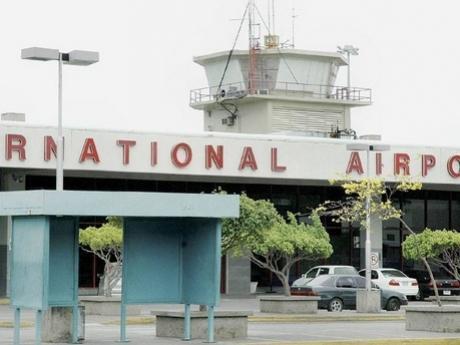 While stakeholders in Jamaica's travel and tourism sectors fume over the limited access to the island's airspace, officials say there'll be no fallout at the Jamaica Civil Aviation Authority (JCAA) over its actions in the matter.

Addressing questions at a post-Cabinet press briefing this morning, aviation adviser to the Minister of Transport, Leroy Lindsay, said it was unlikely that the JCAA would face any penalty for deciding to partially close the country's airspace.

Aviation Adviser to the Minister of Transport, Leroy Lindsay

In the meantime, JCAA chairman Phillip Henriques says the agency is about to change over to a new air traffic control system.

Henriques explains that aspects of the new TOP SKY system are currently being used as back up while it repairs the old radar communication system that sustained major damage as a result of a lightning strike last Friday.

Sign up for The Gleaner’s morning and evening newsletters.
Chairman of the Jamaica Civil Aviation Authority, Phillip Henriques

The JCAA chairman explains further that air traffic controllers are currently being trained to use this new system and so are not able to fully utilise its features to perform the full suite of air traffic services that are normally provided to airlines at this time.

Consequently, he says the JCAA has had to be relying on a contingency team to provide limited air traffic services, hence the reason for the partial closure of the island's airspace since Friday.

In the meantime, Henriques says the aviation agency is still working on restoring full access to the country's airspace.

He says the aim is to be able to facilitate landing and departure of all flights between today and tomorrow.