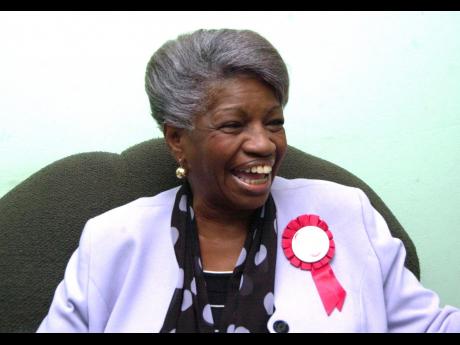 With many of Jamaica's battered women unable to find a safe haven, the non-government organisation Women's Inc is close to offering a lifeline.

The country's only official shelter for battered women, which was operated by Women's Inc, is scheduled to reopen next month with modern comforts to help victims feel at ease.

The shelter, which was closed in January for refurbishing, has been remodelled, courtesy of the United States Agency for International Development (USAID).

Former United States Ambassador to Jamaica Luis Moreno had committed to remodelling the crisis shelter as a part of efforts to address gender-based violence in the island.

Women's advocate and former president of Women's Inc, Joyce Hewett, said while the shelter will still be able to accommodate only 12 women and their children, the space will help with the healing process for those who are victims of domestic abuse.

The new shelter can now be accessed by those using a wheelchair and is solar powered. The kitchen has been configured and so, too, has the house mother's living area and the dining area. More important, the shelter now has a soundproof room for counselling to guarantee privacy for those who are admitted.

"When they come in and they are under distress, the first thing you want to provide them with is a comfortable, quiet place that they can really start to unwind and start to heal," said Hewett.

"If someone came and they had a wheelchair, they could not get through our doors, but now they can get through the doors and the bathroom," added Hewett.

She said despite the shelter being closed, women who made contact with Women's Inc were still assisted.

"What has been going on is that the person at the crisis centre has had alternatives. She set up a little network of alternatives, so that even during the period that we had to be closed to accommodate this and to bring us to this level, she was able to pick up the phone when somebody needed a space and call someone that normally wouldn't have provided crisis shelter space," said Hewett.

"Crisis never stops and domestic violence never stops, unfortunately, so we always have to make sure that we are able to accommodate them in some ways.

"With work on the shelter now done, Women's Inc will now turn its focus on establishing a transitional house to facilitate the rehabilitation of abused women.

"Once they leave the shelter, for example, where do they go? If they have nowhere to go, they go back to their abusive situation. Our next thing is a transitional home, so that women can go and stay up to a year or if they need more than a year," the women's advocate said.

The organisation has already received a significant donation from the International Women's Forum to assist with this project. Hewett is hoping other international and local groups will partner with the organisation to make the project a reality.