Authentic sustainable tourism attractions to be showcased during UNWTO Confab 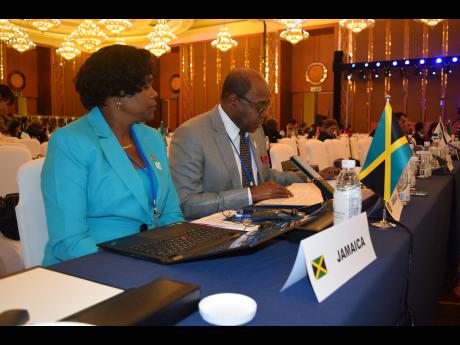 The November 27-29 event, which is being sponsored by the Wold Bank, will highlight the biological diversity of Jamaica's natural environment, rich history and culture through the experiences offered by the three community-tourism attractions.

Promising that the conference, which is being staged at the Montego Bay Convention Centre, would be the most significant event in tourism ever to be held in the Americas, Bartlett said the focus will be on jobs and inclusive growth.

The conference he said would facilitate technical visits to the three local community-tourism enterprises.

He was speaking at a press briefing for international journalists last week in Chengdu, China, where he announced that some 800 high-level tourism decision-makers are expected to land on the island's shores for the three-day event.

"There has never been a gathering of this nature, of key leaders in tourism who will be looking at best practices and how we can bring ideas and resources together. We want to look at how we can map out a blueprint of the future development of tourism, not just in the Caribbean, but in the world," he told the gathering.

The cruise, accommodations and airline sectors are also expected to be actively involved in this upcoming conference, he stated.

Organised within the context of the United Nations International Year of Sustainable Tourism for Development, the global conference will explore partnerships through sustainable tourism, emphasising in particular that tourism is the creator of jobs and can be the lifeguard of a floundering economy.

"Jamaica is pleased to cement itself in history as we host the decision-makers of the tourism industry across the world."