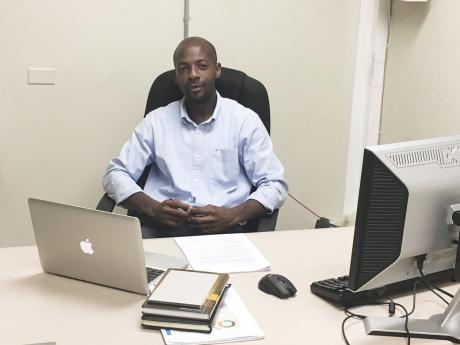 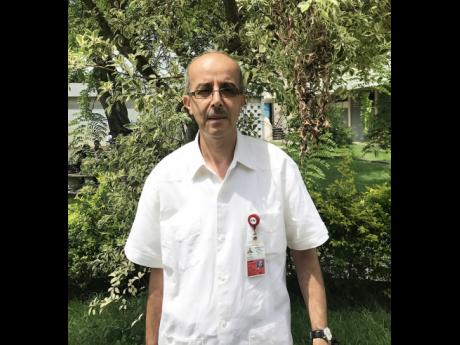 WITH HIS long-standing love affair with science and now years of research and teaching under his belt, a recent nomination to the team of the Intergovernmental Panel on Climate Change (IPCC) is like Chantilly cream on an already delicious cake for Dr Adrian Spence.

"I am pretty excited not just to represent this institution, but the region. I also think it is a significant step in one's career. I am very grateful," said the biogeochemist, who is currently employed as a research scientist with the International Centre for Environment and Nuclear Sciences at the University of the West Indies (UWI), Mona.

There is little wonder why.

The IPCC is the premier body for assessing global climate change research, with the goal to provide "a scientific basis for governments at all levels to develop climate-related policies" and which "underlie the negotiations at the UN Climate Conference - the United Nations Framework Convention on Climate Change," according to its website.

The importance of the work cannot be under-rated, given the risks posed by climate change to which Jamaica and other Caribbean islands are especially vulnerable.

These risks include sea level rise and increased sea surface temperatures, as well as a growing number of extreme weather events, the likes of hurricanes Harvey, Irma and Maria that have left a trail of devastation, including lives lost and billions in damage, across island nations as well as in the United States.

Professor Noureddine Benkeblia, another of Spence's UWI colleagues, will work on the report as a review editor. He, too, is pleased.

"I am very proud because I have been selected as a Jamaican, but also there is the responsibility. We have a heavy task. Climate change is a big concern. We will be one of the most affected countries with, [for example], the sea level rising," said Benkeblia, who lectures in plant physiology and crop science at the UWI.

"It is extremely important. One of the things is that we are the smallest contributors to global greenhouse gas emissions, but we are probably the most significantly impacted by virtue of our geography and so on. Because of that, it is important to have people from the region represented," he said.

At the same time, Spence lauded Professor Michael Taylor, head of the UWI Physics Department and the Climate Studies Group Mona, for his role in the nominations, as well as for his own climate research work in the region.

"Professor Taylor deserves a lot of credit for his recognition of some of the work we are currently pursuing," he said.

Taylor was appointed to serve on the IPCC as a coordinating lead author for chapter two of the entity's special report on global warming of 1.5 degrees Celsius above pre-industrial levels and related global greenhouse gas emission pathways.

Meanwhile, for Spence, a man whose late father, Leslie, helped to nurture his love of science and for the land, the nomination is something of a dream come true.

"I was at a regional meeting held earlier this year, or last year, when they had mentioned that nominations were going out soon and I sort of considered myself as one of the people who could be considered, but I never followed up until I got an email from Ms Jacqueline Spence at the Met Office. And even then, at one point, I thought it was a spam," he said chuckling.

Spence, who has taught chemistry at a couple of institutions in Florida, holds a PhD from Doblin City University and the University of Toronto at Scarborough. A portion of his doctoral work, which focused on the chemical and degradation characteristics of soil microbial biomass, was also done at Queens University, Belfast.

Spence will have his first lead authors meeting next month in Oslo, Norway.