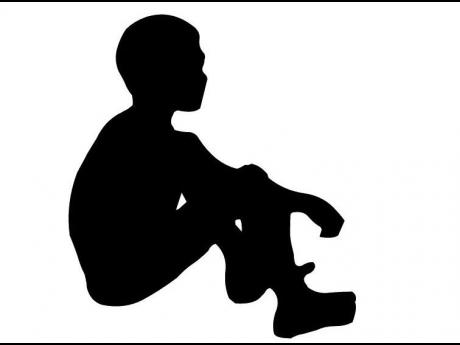 An under-reporting of instances of the abuse of boys, fuelled by a general belief that boys are 'tough' and should be punished accordingly is among the reasons being given for more young females being in state care than young males.

Statistics from the Child Development Agency (CDA) show that, for the last five years, the number of girls in state care has been marginally more than boys. There are currently 4,536 children in state care with 2,326 being girls.

The difference has not gone unnoticed by chief executive officer for the CDA Rosalee Gage-Grey.

"We have seen it over the years that we do get a higher percentage of girls than boys and the reason for more girls coming into care varies. A lot of them are sexually abused or otherwise abused. Boys are mostly (physically) abused or it is that they are uncontrollable," said Gage-Grey.

She was supported by the CDA's director of policy, planning and evaluation, Newton Douglas who argued that: "Persons are more inclined to report on a female. The traditional thing is that males are able to 'tough it out' than females, so you find that there is a propensity to report more for females than males."

Recently, Professor of Child Health and Development Dr Maureen Samms-Vaughan unveiled the findings of a study which showed that young boys in Jamaica suffer far more physical abuse than girls.

"The findings, which show that punishment starts as early as 18 months, suggest that there is a misunderstanding of the developmental differences between boys and girls. For the most part, at 18 months, boys are a little bit more active, a little more exploratory, in the context where Jamaican parents want children to be perfectly well behaved," said Samms-Vaughan while highlighting results from the ongoing Ja Kids: The Jamaican Birth Cohort study, which was started in 2011.

Despite moving an average 700 children from direct care each year, the number of those in state care has not decreased due to factors such as poor parenting and the untimely death of guardians who have become victims of the scourge of violence blanketing the country.

She said the focus has shifted from reducing the numbers to providing a family-based setting for the children. This includes having them adopted, placed in foster care or stay with their parents or a relative with supervision from the CDA. An estimated 57 per cent of the children in state care are now in a familial environment.

"You find that there is like a demand kind of situation. As soon as you get those in families, you will still have a demand where a child might become at risk and become separated whether it be for a short period or a long period while their situation is being addressed and regularised," said Douglas.

"We do find that children in family-based care tend to do much better than in the residential care," added Douglas.