Steve Lyston | Are we too busy for God? 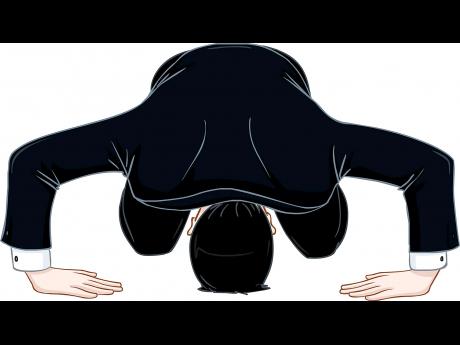 Have you ever stopped to take a serious look at the real reason for the failures that happen within the society today? Some people blame politicians, criminals, and even on the lack of academic qualifications of decision-makers. Even when acts of God/natural disasters take place, some blame it on President Donald Trump for pulling out of the global-warming issue.

We need to recognise and understand that when we neglect spiritual things we create physical problems; because, as is outlined in Genesis 1 and Hebrews 11, every physical and natural thing was created from a spiritual source. Man's actions, ways and neglect of spiritual things affect his environment.

A regular manager spends 12 hours per day at work in the secular environment and has no time for devotion or seeking God, not even with his family. He attends meeting after meeting and doesn't even have time for an appointment with a servant of God to give him a word or message from the Lord - possibly an opportunity for which he has been searching.

The difference between success and failure is one's relationship with God. The problem that exists in this era is that the normal way of thinking and even the normal qualifications don't work anymore. What works is grace, favour, mercy and compassion, and it is the application of those to our lives that brings success. When someone does not seek God, he or she becomes spiritually bankrupt, and everything will be out of alignment and direction. We start looking to the natural being - the professors, the psychologists, billionaires, and even to astrologers - for solutions while we continue to ignore the true solutions. That which seeks its strength in the wisdom and energy of man can never go beyond the source from which it springs.

The first rule of having authority over others is to be under authority yourself; and every leader is accountable to God and everyone will be judged by God Himself. 1 Samuel 13 is a scripture from which every leader at every level should learn. The failure of Saul as a king came about because he no longer sought God. He started in the spirit but switched to the flesh. Many leaders started seeking God to give them victory - whether it was promotion on the job or at the polls, but when problems occurred, then they no longer sought God. In the same way, we see Asa in the Bible (2 Kings 16) who succeeded militarily but failed spiritually; and ultimately, it is the spiritual aspect that determines someone's future. So, sometimes the plan that God has for a person they have forfeited it because they neglected the spiritual things. As a result, they continue to reform or carry out other activities which were not instigated by God, but from a different source with brings greater problems.

The benefits of seeking God

The key to every level of leadership is to please God, not the people. Only God can please the people. Many times, leaders are watching social media as a platform to shape policies or a tool to make decisions. At the end of the day, all those things mean nothing. When God's grace and favour leaves someone, nothing can save them.

A country like Jamaica, for example, needs to set up committees to address some of the nation's issues, because the problems facing Jamaica now go beyond the political process and parties. The threats ahead will require national consensus to utilise past and present politicians and business people with God-given gifts for nation-building. For example, there is still much that can be garnered through or from men and women like Burchell Whiteman, Hugh Small, Carl Blythe, K.D. Knight, Dorothy Lightbourne, Jeanette Grant-Woodham, Sharon Hay-Webster, Michael Lee-Chin (mobilise youth for nation building), Marlene Malahoo Forte, Bruce Golding, Christopher Tufton, Audley Shaw, Karl Samuda and Damion Crawford.

You may ask how I know; but, I know, because I seek God. There are companies and programmes that need to be brought back: The Free Zone, Air Jamaica, Ring Ding, Workers Bank (for local farmers) and SuperPlus. The focus and expansion of the Children's Own needs to be explored.

Furthermore, the Jamaican High Commissions to Cuba and China should be doing more to promote the Jamaica in those countries.