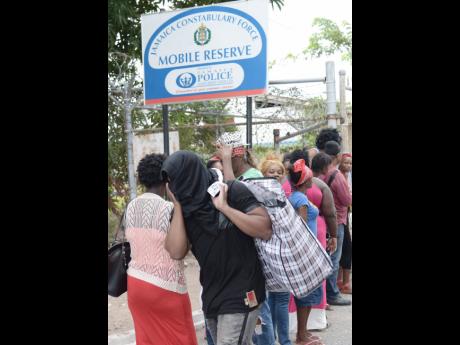 Jermaine Barnaby
Deportees leaving the Mobile Reserve Headquarters after they were processed. 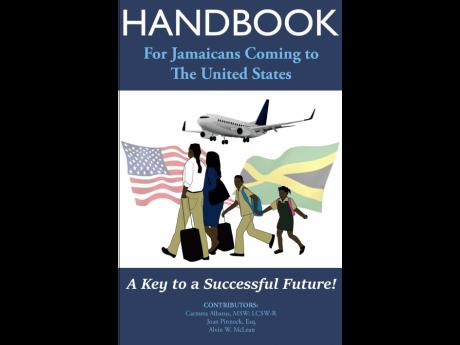 Concerned about the number of Jamaicans being deported from the United States annually, one forensic social worker, an immigration attorney and a convict have joined forces to create a handbook intended to help Jamaicans looking for greener pastures in America.

Now forensic social worker Carmeta Albarus, immigration attorney Joan Pinnock and Alvin McLean have completed the guidebook, which is to be officially launched shortly, and provides pointers on how Jamaicans can avoid being deported from the US.

It covers areas such as obtaining a driver's licence and a social security card, how to travel within the US, education and career-training opportunities, credit and credit reports, accessing business start-up opportunities, health care, and what to do during an encounter with the police.

"You have things that can relate to everybody in the US, but there are certain things that are specific to Jamaicans in terms of Jamaican resources," said Pinnock, a Jamaica-born attorney who was given the Governor General's Award in July for her efforts to advance the welfare of Jamaicans in America.

More than 90 per cent of Pinnock's clients are Jamaicans and she finds that some of them were unaware that they were committing a criminal offence, and that this could lead to them being deported.

"That's part of the problem, you are unprepared when you leave Jamaica to come to the United States and you have no clue as to what to expect, and you walk into this society with new rules and new regulations and nobody ever prepares you, you are never ever given any sort of advice," said Pinnock.

As founder and president of the Family Unification and Resettlement Initiative which provides help for deportees in Kingston, Albarus has seen at first hand the devastating effects deportation has on families.

She argued that part of the problem is that many Jamaicans learn about America from watching television.

"There is a misconception of America based on sitcoms and people are unfortunately educated by the images they see on television," said Albarus, whose primary task as a forensic social worker is to assess the life of those who have been given the death sentence.

McLean, who was sentenced to 33 years in a New York state prison when he was 24 years old, believes the handbook will be useful to anyone who wants to stay out of trouble while living in the US.

He migrated from Jamaica when he was five years old and got involved in gang activities during his teenage years. He eventually left the gang, but when one of its members was gunned down, he said the blame was placed at his feet.

"The key is to get all of the information that you can, all that you have access to, all of the resources, so that you know that you have a fighting chance to make it in the United States," said McLean, who is still fighting to overturn his conviction.

"We want to try to lessen the number of young people that come to the United States and get involved in criminal activities, like I did. What that would do is that would prevent more deportations and the other consequences that people suffer based on their arrest in the United States," said McLean, who admitted that he was involved in illegal activities before his arrest.

The 50-year-old father of four said there are about 300 Jamaicans serving time at the prison where he is now in custody.

"Prison is the worst thing that can happen to any human being, no matter where the prison is," said McLean.

The book will be available on Amazon following the official launch, but the authors hope it will one day form part of the package given to individuals when they are granted their permanent status.