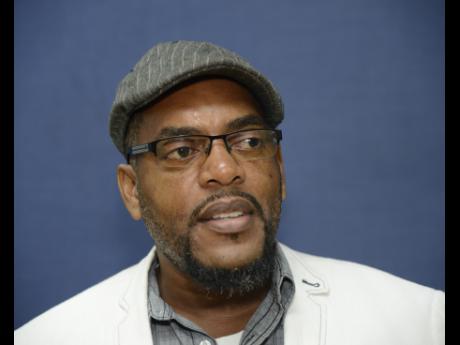 For more than 25 years, Ean Garth Dixon carried a gun as a member of the Jamaica Defence Force (JDF).

Dixon was in the first batch of Jamaican soldiers to land on Haitian soil following the earthquake in 2010. Months after returning to Jamaica, he was in Tivoli Gardens in the joint police military operation to capture the community's don, Christopher 'Dudus' Coke.

Now he has traded in his assault rifle for a weapon he said is bigger than any gun - the Bible.

"It's not an easy road being a Christian and being in the JDF," Dixon told The Sunday Gleaner.

"The rudiments of the system, the requirements of being a soldier, some of the issues are not really godly because soldiers were trained to eliminate a target that poses danger to life and property.

"But I always prayed that if killing a go gwaan, mek somebody else dweet ..." said Dixon, now pastor of the Miracle World Outreach Ministries.

According to Dixon, while he lived at the JDF headquarters at Up Park Camp, it was not conducive to church or prayers, as many obstacles were placed in his way.

"On Sundays when you are to go to church, you are on duty and you have to do duty. Most of the times, the toilet was my prayer space," said Dixon, as he argued that he could not go on fasting by choice while in the army.

He charged that Christian members of the JDF were sometimes called derogatory names and labelled as being weak.

According to Dixon, while that did not stop him from being a soldier, he could not wait to complete his years to leave.

"I preached as s soldier. I preached at camp, and I am happy to say that there are a lot of Christian soldiers at camp. And they would seek prayers frequently.

"I remember baptising fours soldiers in the prison bath while I was locked up at 'Red Fence'," Dixon said, as he recounted his journey to Christ.

He told our news team that he committed an infraction which led to him being locked up at the JDF's jail at Up Park Camp, but he remains convinced that this was the work of the Lord as while in detention he met a fellow army member who wanted to commit suicide.

"I didn't know that but the Holy Spirit directed me to him, and I prayed with him. He is alive today and a changed man. Another night as I was praying in lock-up, the Holy Spirit came down and every soldier in the lock-up was shouting the name of Jesus," he recounted.

Dixon, who joined the JDF at age 18, after leaving Maldon Comprehensive High School, said he was encouraged to join the army by a teacher who would look at students and try to place them.

Now retired, he spends his time winning souls through the church, which holds its services at the Young Men's Christian Association building on Hope Road in St Andrew.

"I am a living example of faith, determination and fight. The greatest weapon ever made is the Bible, and I have put down one weapon and have taken up another.

"With the gun, I couldn't win any souls. With the Bible, I can. That's why today I am retired from the JDF, but I am fully immersed in the army for Christ," said Dixon.