Guest Editor | Patients being treated horribly by some doctors 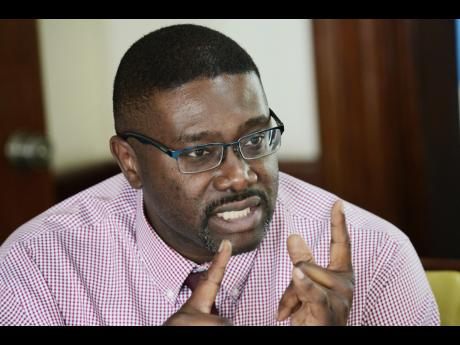 The last thing Janette Kaloo expected to deal with when she was diagnosed with breast cancer was the cold treatment meted out to her by the medical practitioners she interfaced with during what she described as her struggle to save her life.

"I don't know about other people's experience, but I can tell you about my personal experience. Even in the private industry, those people are cold. They don't act as if they understand what you have been through and what you are going through," she said.

"You feel like they don't. I wouldn't use the word care because I don't think they don't care, but either they don't get it, or they don't realise that you are fighting to live," she contended.

Kaloo said that except for her surgeon and another doctor, who had just suffered a stroke and was very sympathetic, most of those she came across lacked compassion.

"The man that I spoke with, the first time that I saw him, I said, 'If I go back and it is him, I am not going back. He doesn't have any customer service [skills],'" said Kaloo, who sought treatment within the private sector.

"When you are going through sickness and you are paying your money, then you expect doctors to treat you like a patient. For me, as a patient, when the two of us are talking, as a doctor, you are not supposed to act above me. The two of us are supposed to be equals because we are working together. It is teamwork," said Kaloo, who explained that she didn't complain because she feared retribution.

The cancer patient eventually made the decision to continue her treatment overseas and found that the attitude of her caregivers in the United States was much better.

President of the Medical Association of Jamaica Dr Myrton Smith said that he has heard concerns about how patients are treated, particularly in the public sector. But he believes that this is mostly because being treated publicly does not allow for the continuity of care by the same physician at each visit to allow for the kind of patient-doctor bond that one might experience in the private sector.

"In the public sector, results do take a long time, and sometimes, patient records cannot be found. Timely access to radiation is also a problem. We cannot make excuses for persons who are uncaring, but sometimes, the public system is so pressured that there is not enough time to spend with each patient to make them happy with the interaction," said Smith.

"To be honest, one of the things that is missing in our interaction with, particularly, cancer patients, is the presence of a psychologist or a psychiatrist. Because what should happen is that as you are breaking the bad news, you should have somebody who is holding the hand of the patient, seeing if the patient is depressed, seeing if there are anxiety issues, seeing if the patient needs additional management for those issues separate and apart from the cancer care," he said.

Defence mechanism to protect themselves against grief?

General and laparoscopic surgeon Dr Michael McFarlane agrees with this assessment as he finds that sometimes the doctors themselves are trying to cope.

"Sometimes I think it's the doctors' defence mechanism to protect themselves against the concern and the grief that is associated with cancers, so the doctor may be very correct in the way that he treats the patient, but they are very mechanical," said the doctor who has been in the profession for 25 years.

McFarlane finds that those who specialise in areas relating to cancer are generally a bit more understanding. He believes that these doctors are more empathetic and they have a certain amount of sympathy and understanding.

Dr Michael McFarlane's suggestions for dealing with a cancer patient:

- Outline the course of treatment and explain to the patient what is likely to be done.

- Try to simplify the information by drawing diagrams and explaining carefully all the things about the cancer that are important and the things that the patient might be concerned about such as the stage of the disease and how far it has spread.

- The patient can be given a print-out of current information that indicates where the treatment being offered is likely to be helpful.

- Share encouraging information about the cancer with patients. The fact is that a lot of cancers, especially breast cancer, can be managed with the treatment that is available and more than two-thirds of all people with breast cancer will survive and live their normal lifespan.

- Schedule another visit with a family member to help them cope with their diagnosis if there are indications that the patient is in denial. Sometimes they might not be able to accept some of the facts because the defence mechanism that the patient has shuts out unpleasant things.