Guest Editor | On the radar: Young women and breast cancer 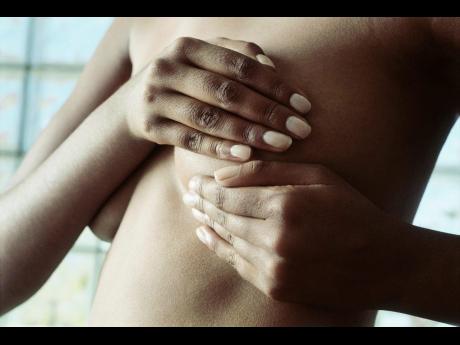 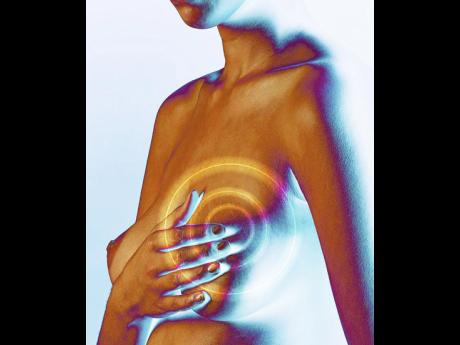 In life, they often say, "the more you know, the better." This same rule can definitely be applied to breast-cancer awareness. Today, in observing the month dedicated to calling attention to this dreadful disease and supporting those affected, we put breast cancer found in young women on the radar.

If you are currently in your 30s or younger, breast cancer is probably the farthest thing from your mind. You're probably wondering if you should be thinking about breast cancer at all. Well, we have some news for you: you should be. Sometimes, knowing your family history can put you on a fast track to early detection and working against the development of the disease.

According to Dr Derria Cornwall, radiologist at the University Hospital of the West Indies, the United States follows certain guidelines when it comes to screening for breast cancer. She advises that Jamaican, being a predominantly black population, has to be more cautious because breast cancer is more aggressive at an earlier age.

"Age 40 is now appropriate to begin screening," said Cornwall, adding that 33 per cent of Jamaican women who get breast cancer found out that they had the disease while they were under the age of 50, and 18 per cent discovered it when they were less than 40 years old.

When to start screening

Cornwall recalled losing one of her breast cancer patients to the battle, at the age of 30, only to diagnose her patient's mother five years later, with breast cancer. "If breast cancer genes run in the family, then it is recommended that screening starts at age 30. And if two of your first-degree relatives, that is, your parent, siblings, or child is diagnosed before 50 years of age, then you need to start screening 10 years before [the age at which] they were diagnosed."

Regarding prevention, she said that there was no absolute way of totally warding off the disease. However, engaging in a healthy lifestyle such as exercise, avoiding a fatty diet, limiting alcohol intake, and fighting against obesity will work against the development of breast cancer. "Mammograms currently start at the age of 40. Maybe if we could start screening earlier, we could better detect at an earlier stage," she added.

Women under 40 years of age are encouraged to conduct breast self-examinations. In a previous interview with Cornwall, she shared that when examining their breasts, women should stand in the shower or lie on a bed and then examine outward-in, by patting with a firm, smooth touch, in a clockwise motion, around the circumference of the breast until the nipple is reached. Look out for any changes such as any lump, any shifting, or rashes.

Dr Trevor McCartney advises that the examination should be done mid-period, every month. "Breast is a hormonal body part, so try to do it the same time, every month. You must be disciplined enough to practise this. It's the way to go. Every woman can do her own breast self-examination," he shared.

Some of the mistakes that women often make during breast self-examinations, he said, is that they squeeze their nipples or breasts. Instead, he advised, use the flat surface of your hand to see if you feel any lumps, "If you do notice any leakage coming out of your nipples, don't attempt to squeeze, either. Just note the amount, colour, and frequency and contact your doctor. If you see any other abnormalities, run to the doctor."

The doctor, he said, will then ask you a series of questions, examine your breasts and your armpit for lymph nodes. Anything out of order will require an ultrasound and a mammogram.

"Because we see a mammogram that says nothing, we think we're OK, but there's a lump. You need to get that lump tested via core needle biopsy, excision biopsy, or incision biopsy. If you have a family history with cancer, test every year by doing both ultrasound and mammogram together."