Political bias allegation unfounded, says Fisher - Director of elections rejects Warmington's claim that he has acted unfairly in favour of the PNP 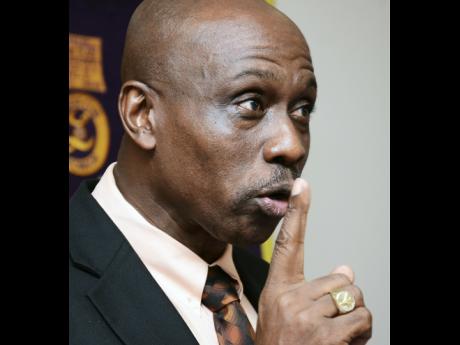 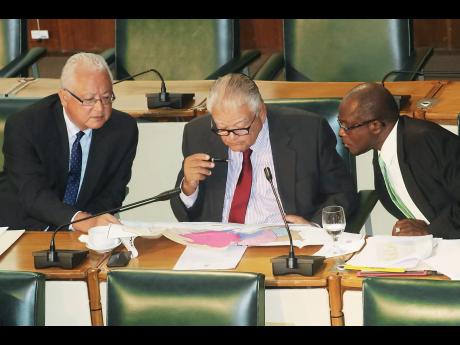 Christopher Serju
Government MPs (from left) Delroy Chuck, Karl Samuda and Everard Warmington checking the information on their map as they prepare to challenged the accuracy of a report presented in the Electoral Commission’s Realignment of Boundaries and Corrections of Anomalies’ report in Parliament last Tuesday.
1
2

Director of Elections Orrette Fisher has rubbished claims of political bias levelled against him by Everald Warmington, member of parliament for South West St Catherine.

Warmington, a member of the governing Jamaica Labour Party (JLP) team on the Constituency Boundaries Committee of Parliament, called into question Fisher's professional integrity during a sitting last Tuesday at Gordon House.

According to Warmington, Fisher has been favouring the Opposition People's National Party (PNP) during the field trips to determine the polling division, constituency and parish boundaries.

But Fisher told the committee that it is a matter of course for representatives of both parties to be advised of field trips and are invited to be part of the team doing the walk-through to determine the accuracy of boundaries.

This did not satisfy a belligerent Warmington, who interrupted his presentation.

The outspoken MP continued: "Unless you invite the other side and you never invite us, like you did before when you did St Catherine South West. Remember, you went into the field with the PNP caretaker to look at PD 85 out in Bushy Park. I was never invited. It was the PNP who told me that you invited them and I raised the issue after that.

"So, obviously, it's something that occurs all the time, that you exclude one side and use one side. Because you did it before in the last boundary stuff and, obviously, you do it again this time," Warmington said.

Fisher, who remained calm throughout the outburst in Gordon House, described Warmington's allegations as unfounded, with no basis in fact.

"The work on the ground is carried out by the returning officer and the office staff in each constituency and, therefore, the instruction given to one (party) is the instruction given to the other; and, therefore, I would not have had any method, reason or opportunity to provide specific instructions to anybody in relation to how they would treat a particular constituency," said Fisher, who has served as director of elections since November 1, 2008.

He first presided over the by-election in Portland Western in 2009 with his first general election coming in 2011, ending in a victory for the PNP before leading the electoral machinery in the 2016 poll, which was won by the JLP.

Since joining the Electoral Office of Jamaica (EOJ) in 1995, he has overseen 10 national elections and has represented the EOJ on numerous overseas observer missions and conferences.