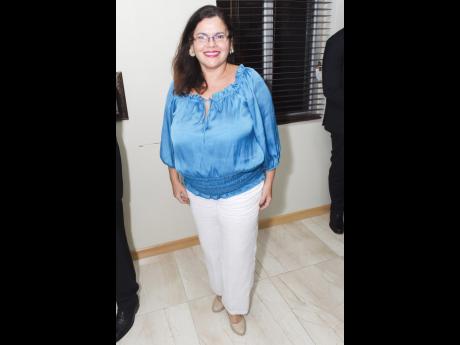 Attempts to discredit the government of Nicol·s Maduro in Venezuela has given charge d'affaires at that country's embassy in Kingston, Luisa Gutierrez the impression that various media entities have been launching deliberate and unwarranted attacks on the administration.

Gutierrez was the guest speaker at a recent Rotary Club of St Andrew luncheon, held at the Four Seasons Hotel in St. Andrew.

"It is important to mention that some of the big media have been participating in war against our government, against our president. They have always said that we are in a dictatorship and that is absolutely false. Our country has had one of the most modern (political) processes and for almost 19 years. We have had 22 electoral processes," she said.

"This is never mentioned in the media. It is always that our president, Nicolas Maduro, is a dictator. It is not possible in a dictatorship to have so many electoral processes, more than other democracies. The people in Venezuela all have their political freedom. Some (TV stations) do worse but others do better; but most have always tried to discredit the goals of the Bolivarian Revolution, and we have achievements that we can show. Venezuela's political system is different than the majority, especially in the Caribbean, where they are inspired by European political systems," she stressed.

Gutierrez said that Venezuela is wealthy in natural resources and therefore has the potential to succeed economically, but stressed that certain entities do not wish to see that happen.

"Venezuela has plenty of minerals and has reserves of oil. It is one of the main reserves of gas, gold and thorium. I mention that humbly. We have to explain that to our friends in the Caribbean for them to understand our situation that Venezuela is under attack. Venezuela has natural resources to guarantee the well-being of the Venezuelan people," she added.

Gutierrez said that since 1999, during the first serving years of former President Hugo Chavez, tension has existed over oil.

"Hugo Chavez started to use the royalties from oil to guarantee the financing of social and international programmes. In previous decades, oil exploitation (caused uneven distribution of profits). Previous to the Bolivarian Revolution, more profits went to foreign companies than Venezuela had been getting all these years. Right now, we can say that around 70 per cent of the profits (go towards) the development of the Venezuelan people and social programmes," she explained.