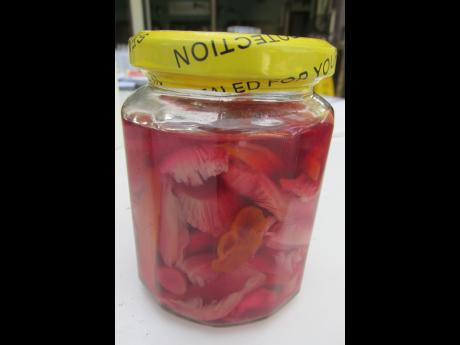 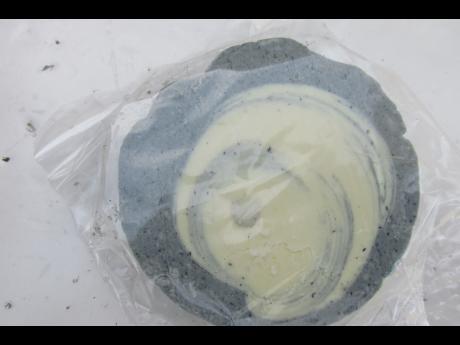 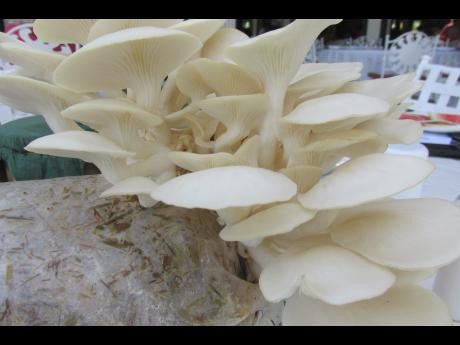 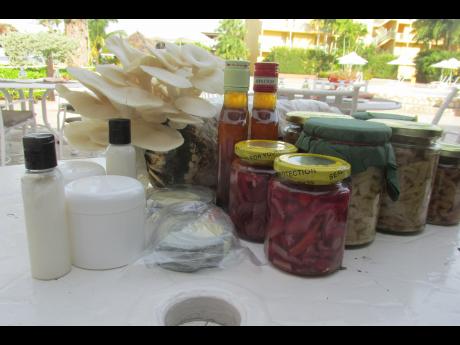 Paul H. Bludum Williams
An array of items produced by the Association of Mushroom Producers Limited.
1
2
3
4

Edible mushrooms, those flesh-like, spore-bearing fruits of fungi, are considered a delicacy in many quarters, eaten by people of a certain social stratum. Yet, for many persons, mushroom is an everyday source of protein, regular food.

Although they are found here in Jamaica, there is no culture of growing mushrooms for culinary and other purposes. They were never a part of our culinary heritage. In fact, they are mainly regarded as poisonous. Some are, but several of these naturally beautiful works of art are said to be quite nutritious.

There is a group in North George, Spauldings, Manchester, that has been trying to get Jamaicans to eat mushrooms as 'regular' food. Locally, the group has taken mushrooms to a different level by cultivating it for mass consumption.

Led by Pauline Smith, founder and chief executive officer, the Association of Mushroom Producers Limited, has been cultivating mushrooms for consumption because of their nutritional benefits. The species that it is focusing on for now is oyster mushrooms, which are high in protein and fibre, iron, zinc, potassium, phosphorous, selenium, calcium, folic acid, and some vitamins.

Smith said the business was started to benefit poor women in Manchester, Clarendon and St Elizabeth. For many years, she lived in Canada where mushrooms are eaten for breakfast, lunch and dinner, and so she thought that this fast-crowing crop would be ideal for the health and income of these women because of its high nutritional value. It is a source of edible Vitamin D, she said.

"Mushrooms make sense in a country where diabetes is running rampant, and where high blood pressure is killing a lot of people," Smith told Rural Xpress when we recently caught up with her and the association's business manager, Ruth Simpson. They were displaying a range of value-added products made from the oyster mushrooms.

While it is mainly eaten as is, fresh or seasoned, the mushroom which has a meaty texture is an excellent replacement for meat. It can also be jerked, pickled, and marinated. The marinated mushroom is a savoury product. There is also dessert mushroom. And, apart from the health and culinary values, cosmetics, such as soap and lotion are made from the mushrooms.

"We examined the market, the global market, and realised that it is a $50-billion market. We investigated further that the bulk of the product is not fresh mushrooms. So the idea now is to launch into value-added-products that entice the palates of local people, and that of people overseas who have never tasted Jamaican mushrooms," Simpson said.

The association intends to expand its array of products, as she said mushroom production is a "the game changer".