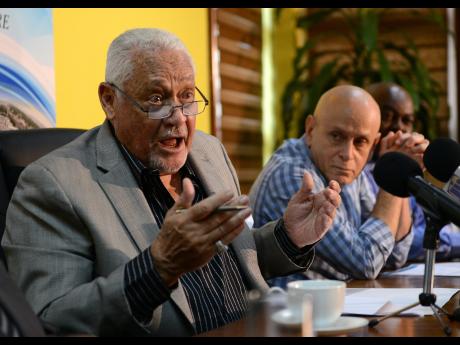 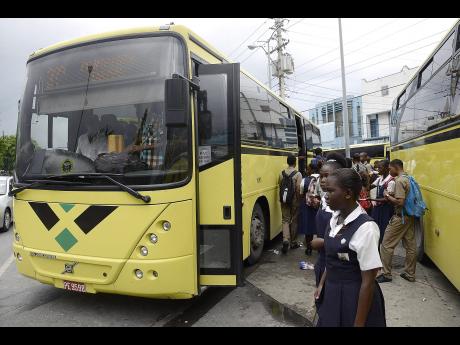 Strapped for cash, under-resourced and overstaffed, the state-owned Jamaica Urban Transit Company (JUTC) is now eager to equip its fleet with the state-of-the-art RMA Five Tracking System which, according to managing director Paul Abrahams, has the potential to save the company $1 billion a year.

According to Abrahams, the tracking system, which is capable of monitoring driver behaviour and fuel economy, is currently being tested on 19 JUTC buses and has since resulted in significant savings for the company.

"It's a system that tracks the unit from it leaves the depot. Therefore, we can know where a bus is at what time, where the schedule is at what time, the mileage it has driven, the speed it has been driving, what time it reaches or doesn't reach the destination, what time it comes off route, or if it's sitting and idling at the corner of Constant Spring when it should be at Dunrobin Avenue.

"Several screens will be set up and monitored by the persons tracking the units so we'll know everything about our fleet," Abrahams told The Gleaner last Friday at the Ministry of Transport and Mining.

Abrahams argued that no longer would persons sit at locations with clipboards to manually input arrival and departure times.

"JUTC cannot continue to function as is. We're operating in the 21st century, not the 18th or 19th century," declared Abrahams.

He added that it is possible that persons will be repositioned and trained to operate the new system.

In order to improve the service, increase cost efficiency and maximise operations, Minister of Transport Mike Henry stated that the JUTC is also undertaking a route rationalisation exercise.

According to Henry, the company is analysing non-performing routes with a view to remove its buses and put them on more profitable routes and allow for the Transport Authority to franchise those to private operators.

"We're looking at approximately seven of these routes and are considering modifying service of three routes, which are predominantly for students. Another 14 routes are currently being reassessed and there could be a possible discontinuation," said Henry.

Henry also signalled that the pilot programme with New Fortress to switch the JUTC fleet from diesel to natural gas would begin within the first quarter of next year and will see five buses operating on natural gas.

"Thereafter, we will take steps to retrofit buses up to six years old over time. This is estimated to bring about a 28 per cent reduction in JUTC's fuel bill or 0.1 per cent of gross domestic product. By and large, this will reduce carbon emissions by four per cent, or some 2,820 tons per year," said Henry.