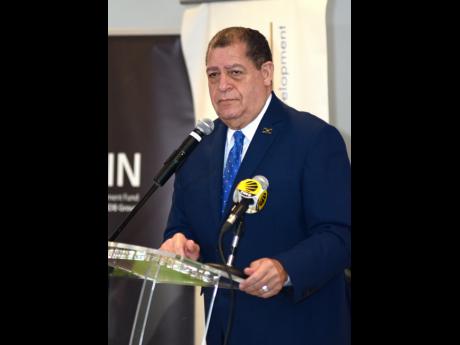 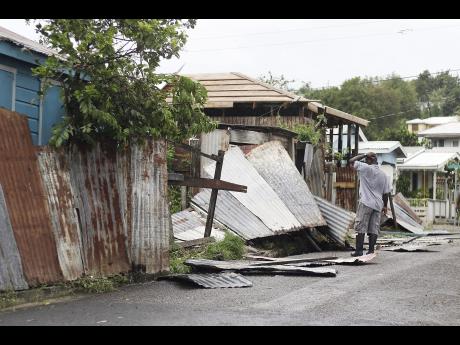 AP
A man surveys the wreckage on his property in St John’s, Antigua, after the passage of Hurricane Irma.
1
2

Minister of Finance Audley Shaw, in a series of high-level strategy sessions convened in Washington, DC, last week with Caribbean leaders, the multilateral development institutions, private investors and civil society, called for the launch of an emergency fund to rescue the Caribbean countries that have been seriously damaged by the recent series of hurricanes.

In making the call, Shaw noted reports that the hurricanes were unprecedented in their destructive force and the consequent damage to the productive and social infrastructure of several countries.

Experts have estimated the damage to exceed 200 per cent of GDP in some cases. The hurricanes caused significant suffering and hardship to the people of the affected countries.

Shaw noted that these unprecedented natural disasters clearly require extraordinary and equally unprecedented responses from the combined resources of the multilateral development partners. He noted that it is essential that it should comprise a combination of grant funding and concessional loans.

He urged the World Bank to use this as an opportunity to reconsider its policy that excludes some Caribbean countries from access to development financing by using limited criteria based on per capita income.

That policy has also been adopted by major bilateral donors, and Shaw argued that it fails to take account of the extreme vulnerability of the Caribbean countries to exogenous shocks from natural disasters and economic volatility.

Shaw noted that the Inter-American Development Bank and the Caribbean Development Bank use selection criteria that acknowledge vulnerability in addition to per capita income. He argued that recent events confirm the accuracy of the rigorous analytical foundation for this more relevant basis for allocating development finance.

The finance minister called on participants to focus on specific actions to help recover from the hurricanes; and to increase resilience from the inevitability of more storms.

Measures discussed included the convening of a Donors Conference to coordinate and focus the support from development partners; and to define the policy changes needed to mitigate the damage from future climate events.

"The Caribbean is at the forefront of intensifying climate events that it has not caused, but which threaten its very existence," said Shaw.

"Reconstruction poses a major challenge to countries with very thin fiscal buffers and high debt. But it also presents an opportunity to forge new alliances with the private sector and to ensure that new infrastructure not only adheres to tougher standards but is also at the cutting edge of design and efficiency.

"The Caribbean will never again be the same. Its vulnerability is now indisputable, and the need to seek local solutions is undeniable. However, this is also a clarion call to development partners and to the larger economies whose policy choices will determine these global trends," added Shaw.

Last Friday, the International Finance Institutions (IFIs) said they remained committed to enhancing their crisis preparedness and resilience framework in the Caribbean while exploring opportunities for multi-country risk management such as Catastrophe Bonds (CAT bonds) to assist the region following natural disasters.

A statement issued following talks involving regional government ministers and international partners, including the international financial institutions such as the World Bank and International Monetary Fund, said the IFIs remain committed "to ensuring that post-disaster responses and approaches are tailored to specific country needs to better prepare for and mitigate the impact of future disasters".