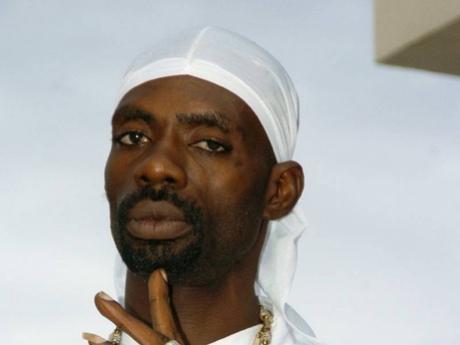 Ninja Man ... The murder case against him, first mentioned in court in 2009, has had 17 missed trial dates and 23 mention dates in the eight years.

Popular entertainer Ninja Man has been taken back into police custody as his murder trial begins.

Justice Martin Gayle on Tuesday afternoon revoked the bail for Ninja Man, whose real name is Desmond Ballentyne, at the end of day one of the long-delayed murder trial in the Home Circuit Court in downtown Kingston.

In 2009, Ballentyne was arrested and charged along with his son, Janeil, and another man, Dennis Clayton, for the fatal shooting of Ricardo Johnson that same year.

They were also charged with shooting with intent.

The case, first mentioned in court in 2009, has had 17 missed trial dates and 23 mention dates in the eight years.

Before the trial commenced, the attorneys for the three men made an application for a stay of proceedings for abuse of process.

The application was, however, refused and Gayle ordered that the trial commenced immediately.

A seven-member jury has been selected and prosecutors have already outlined the allegations against the entertainer and his co-accused.

Gayle was the same judge who two weeks ago convicted three men in their absence after they absconded bail midway through the trial.