Save big by integrating security systems in business, expert urges 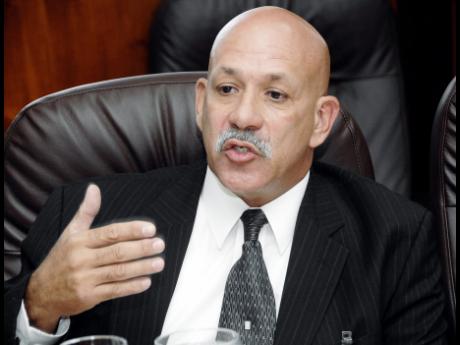 With Jamaicans prone to breaking organisational rules for personal gain, Lt Commander George Overton, director of operations at the Guardsman Group Limited, is encouraging business people not to view security with one-track minds.

Overton was one of the main presenters at the recent Productivity and Continuous Improvement Conference 2017, held at the Knutsford Court Hotel in St Andrew and hosted by Make Your Mark Consultants.

The Gleaner Company (MEdia) Ltd, Intelligent Multimedia and Caledonia Outdoors Advertising Company were the sponsors. Overton's presentation was on the topic 'Security and Occupational Safety as Overlooked Savings'.

"One myth out there is that security is a very sensitive, locked-away-in-a-cupboard-or-box portfolio that only those who need to know have access.

"The truth is that, with the way technology has developed recently in the field of security, it has relevance in so many factors of the workplace because, let's face it, Jamaicans will try everything."

Lt Commander George Overton, director of operations at the Guardsman Group Limited, in explaining the importance of continuously improving security in the business place, has highlighted an experience which transformed the operations of many of his customers.

He said the development of the truck salesman concept in the late 1990s gave way for a whole new level of security innovation that helps companies save big bucks today.

"He (the truck salesman) had a customer list that he would go out and visit and sell directly from the truck. Certainly, that was a very efficient way of cutting down on inputs," Overton said.

He added: "What we did with that sector was, we installed onboard safes, so that the only thing that was exposed was what the salesman collected inside (a building); and it was at risk from inside until he got on board the truck because he would drop it in the safe onboard the truck."

Said Overton: "The criminals started saying 'Hey, we are going to take the truck so that we have all day to get into the safe'. What we then came up with was our vehicle-tracking product, with panic buttons that would enable drivers to raise an alarm the moment they are threatened, and we would dispatch teams to assist."

From there, a decision was made to start providing security products that were not only responsible for tracking vehicles and cash, but also to monitor freezer temperatures on trucks and how fast vehicles were being driven.

"Of course you know, in the Jamaican marketplace, we always like to test how smart we are and how much we can defeat the system. One of the things the guys said to me was, 'Look, we have a suspicion that our trucks are not only doing our work, but doing other people's work at our expense'.

We came up with sensors that we installed on cargo doors of trucks, dispatched daily. We were then able to tell where and at what time the cargo door on the truck was open. We were able to say, 'Hold on, that is not an authorised stop', and would then ring the bell to say the driver is out of order.

Of course, sales increased, customer satisfaction improved and service delivery improved, all with this one security device. All we did was take it out of the security box and spread it across company operations."