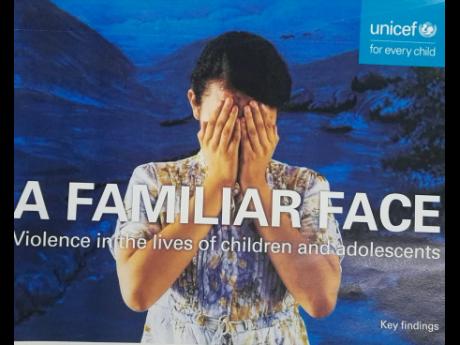 Children advocates and other stakeholders are expressing concern about the number of children being killed in Jamaica following a report which revealed that 47 children were murdered across the island up to October 21.

This is significantly more than the 33 children murdered in Jamaica during the corresponding period last year and above the 41 children killed in the island for all of 2016.

The report was produced by the United Nations Children’s Fund (UNICEF) and dubbed, 'A Familiar Face: Violence in the Lives of Children and Adolescents'. The report highlights selected global findings and comparable local data. It was launched a short while ago at the University of the West Indies Mona campus.

It noted that 29 boys and 18 girls had their lives snuffed out so far this year.

Notably, more children have been murdered to date in 2017 than for the year 2016, and significantly more girls,” stated the report.

“Jamaica is among the 10 countries with the highest mortality rates from homicide and from collective violence among girls aged 10 to 19 years in 2015,” added the report.

According to the report it is important to remind Jamaicans that all children have the right to be protected from violence inflicted on them by anyone in their lives.

We will have more from the launch of the report which is now under way.