British educator claims Brexit is disastrous for many 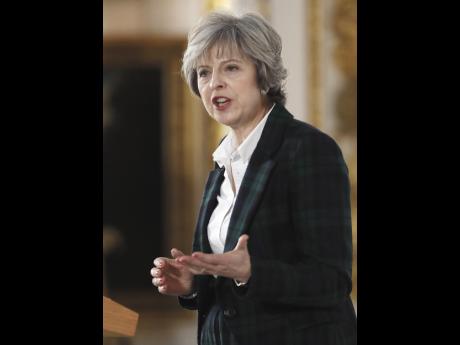 There are ongoing fears among many in Britain that when the United Kingdom's (UK) exit from the European Union (EU) is finalised, disaster could break out in the former empire.

This according to a British university professor who was speaking with The Gleaner recently during Global Media and Literacy Week at the Jamaica Conference Centre in downtown Kingston.

Marcus Leaning, professor of digital media education at the University of Winchester in Britain, said that Britain's exit from the EU, known as Brexit, could turn out to be disastrous.

"It is a real big problem that has kind of unleashed monsters in Britain. Since Brexit, there have been far more racist attacks, there has been more anti-foreign feeling and there has been a complete rejection of the idea of the European Union," Leaning said.

He added: "The UK is an interesting country geographically. Also, it is a former empire and there is a kind of feeling from a group of rich people that they should be in charge. There is also lots of poverty now in the UK. Since 2007, when there was a financial crash, they cut social security right back. They've cut loads of public services and there is very little public housing now."

Said the professor: "A lot of people who don't come from affluent backgrounds have been suffering for 10 years now, and then Brexit comes along. The press then blames Europe and says we are sending all our money to Europe. There were a lot of feelings like we don't want immigration and we don't like Europe telling us what to do. There is the perception that European law is higher than British national law and the press didn't like this."

... No escape from payments to EU with Brexit

"When we leave, it will be very bad, but it also depends on the deal they strike. A lot of the Brexit team was saying, 'let's leave the European Union and then we don't have to send the European Union £350 million a week. It wasn't true (it's far less), but that was a big campaign thing," Leaning, a professor at the University of Winchester, told The Gleaner recently.

"Now it turns out that when you leave, you have to pay money to the EU, because you can't just say 'I am not paying anymore' and walk out the door. You have to honour your commitments. That's 50 years of law and they are going to tear it up in two years."

He said: "Now they don't know how much they have to pay the EU. The EU says how much, and Theresa May (Britain's prime minister) says we will offer £20 billion. EU said that is not enough. Estimates say it may even be £60 to £80 billion to get out. That is a staggering amount. The idea behind Brexit was to save money, but it is going to cost an awful lot of money. To stay, it costs nothing more than normal. Now there is fighting inside the Government."

Currently, members of the EU do not require visas to travel around within the union, which includes Britain. Once Brexit is complete, borders and trade barriers will come into play.

"Right now, you need a passport but you don't need visas. You could go from Ireland through England, then into France, Germany, Belgium, Netherlands, Spain, Italy and Portugal. Now (with Brexit) there will be borders between France and the UK, and Northern Ireland and the Republic of Ireland. If you are a business, you employ people from abroad. Businesses are no longer based in one country in Europe. It is scattered across. Suddenly, your staff won't be able to move, and suddenly you can't move money and it will happen overnight. Also, there is the issue of trade. Before, you could ship goods across international boundaries within Europe with no problems. Now there is going to be a boundary. Every ferry that comes in will have to be searched. Now, we have no customs between the UK and Europe," Leaning said.