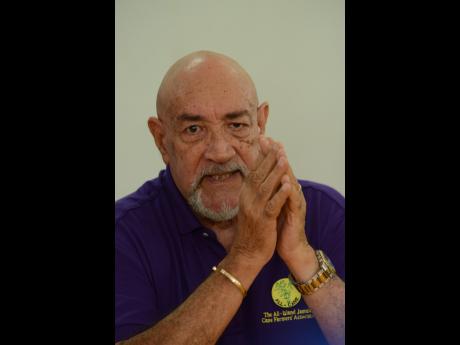 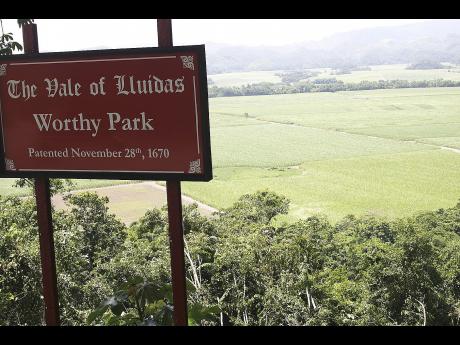 File
In this Gleaner file photo, the Worthy Park Estate canefields form the backdrop to a sign seen from the Lluidas Vale main road in St Catherine. Worthy Park is the unofficial standard-bearer going into the new crop season.
1
2

Allan Rickards, the chairman of the All-Island Jamaica Cane Farmers' Association, thinks there is sufficient cane available to support the plans by the Golden Grove and Frome estates for an early start to the 2017-2018 crop year, despite the likelihood of a shortage of cane cutters.

The two factories - Golden Grove, operated by Seprod, and Frome, which operates under the Liu Chaoyu-led Pan Caribbean Sugar Company (PCSC) - are both seeking to make up for a shortfall from last year's crop by starting the new season earlier.

"The factories are aiming for a better production year and they will have the raw material, as there is 'stand over' cane in the fields at Golden Grove from last year, and Frome will have matured cane as they closed their season unexpectedly," Rickards told The Gleaner on Tuesday.

"However, a lot will depend on their ability to reduce the illicit cane fires in that area (Frome)."

In speaking to the concerns about illicit fire, which has been a perennial problem at Frome, Rickards said he hopes it will not emerge as a distraction and create a setback for the estate's plans.

"If they can reap in an organised manner (rather) than having to be chasing down fires, they could do well," stated Rickards.

Last year, the PCSC had to contend with cane fires and poor rainfalls, while Golden Grove, which is located in St Thomas, was plagued by excessive rainfall, which made a mockery of their plans for a break-even year.

For Rickards, the main concern at this time is the shortage of cane cutters and the impact such a development could have on the season. Nevertheless, he was cautiously optimistic about seeing a higher yield from this upcoming crop year, which is scheduled to begin four weeks earlier than normal.

"However, if we are not able to put enough cane cutters in the fields, this could be another bad year and that is definitely what we do not want," said Rickards. "We believe the supply of cutters will have to improve."

The Worthy Park Estate, in St Catherine, is the unofficial standard-bearer going into the new crop year based on its output last year of an impressive 26,076 metric tonnes of sugar from 261,582 tonnes of cane.